To Anyone Who Plans to Sell Their Soul on eBay… August 16, 2012 Hemant Mehta

To Anyone Who Plans to Sell Their Soul on eBay…

Too bad. As of August 30th, eBay’s putting the kibosh on sales of anything that’s not quite tangible, including a lot of things that probably should’ve been prohibited a long time ago because they’re just scamming gullible people: 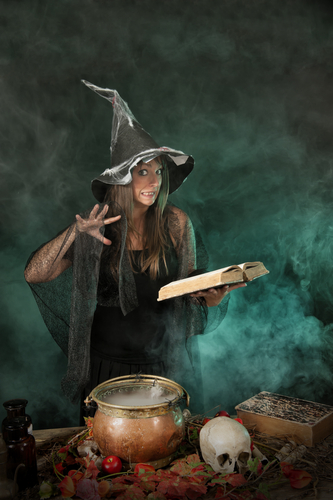 Doug Barry at Jezebel doesn’t seem too fazed by this:

Maybe this sort of news comes as yet more proof that the Wild West age of internet entrepreneurship is ending and a new age of the internet being a boring, calcified thing is upon us… We need to think about these things before excessive regulations sap all the wonder, danger and, yes, magic out of the internet.

Sure, it’s all fun and games until someone gets screwed over because they think they’re purchasing a potion that’ll cure them of who-knows-what and they blame eBay for letting the scam continue.

I say it’s about time. Those things shouldn’t have a price because they have no real value. “Healing sessions,” prayers, and curses don’t do a damn thing for anybody.

Meanwhile, some of the comment threads are calling this discrimination against Wiccans and Pagans. I don’t buy that. eBay is basically saying “We can’t verify that these things are real so we don’t want them on our site.” If the people who believe in things like curses want to sell them, the burden’s on them to prove they’re selling a real product.

Which is why, even in tepid support of eBay’s new rules, I can’t really take Pagan Soccer Mom‘s claims seriously:

Crap like this makes any legitimate spell caster come off looking like a crook. It’s the difference between a tarot reader who helps counsel someone on an issue in their life, and the reader who tells a client that they can remove the curse on them for $20,000 (right before they have to mysteriously leave town). Given the huge number of these kinds of ads, and with no ability for a buyer to prove it was or wasn’t successful to get their money back, I sort of see Ebay’s point for banning them.

Yes. Right. Legitimate spell caster… I’ll grant that some people really do believe they have magical powers, but good intentions are irrelevant here.

The rest of her comments make sense, though:

So does this ban actually constitute religious discrimination? It certainly doesn’t narrow the ban down to “Pagan prayer” or “Wiccan spells”. I admit I’m a bit torn on the subject. While I see the possible beginning of the end for sellers on sites like this, I won’t be sad to see the sham “spell casters” go, and the end of taking advantage of desperate people with promises of something that can’t possibly be delivered. As I sell products of a magical variety, I definitely don’t want to lose my Etsy shop.

But are magic spells and potions actual religious items? As both a Pagan and a witch, there is a line for me between my religion and my magical practice. All I need for my religion is my faith in deity. I can pray with no accouterments, speak with my deities with nothing but my words or thoughts. Spells, potions and magic are a separate thing that I do to incite change in my world, or the world of a client.

I might not be thrilled at the limiting of my ability to do these things on a certain online site, but I’m not convinced that it’s religious discrimination.

To be clear, no one’s suggesting eBay has banned tangible products relating to Paganism. Just the sham ones.

For what it’s worth, I’m not actually sure if the rule change means my “selling my soul” (but not really) several years ago would have been allowed now, but I feel like I was selling a tangible product so it might pass the test.

August 16, 2012
Cheerios Protester Dies of a Heart Attack
Next Post

August 16, 2012 Why Did the Alexander Aan Petition Fail?
Browse Our Archives
What Are Your Thoughts?leave a comment