You may have heard stories of the neighborhood in Brooklyn, NY that has a large population of Hasidic Jews. 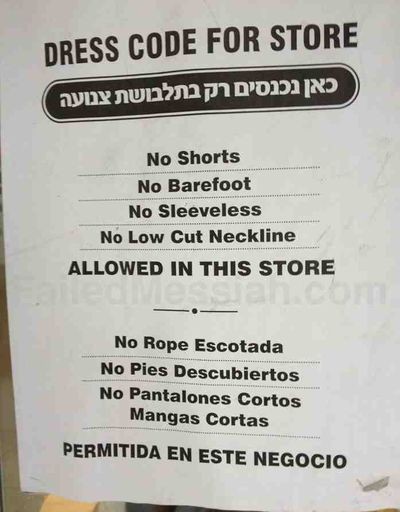 Or, more famously, there was this picture of the White House Situation Room as Osama bin Laden was being taken out: 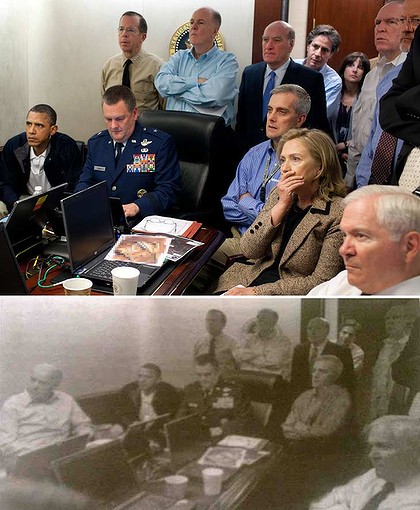 Apparently Hillary Clinton’s pantsuit was a little too revealing that day… Also you could see her wrist, so it’s understandable why they removed her along with Audrey Thomason (The Director of Counterterrorism?  What the hell was she even doing in that room in the first place?  Back to the kitchen, wench!)

Now, the same community has come up with a new solution for their slut-spotting eyes.  Because us ladies aren’t staying covered the way we’re supposed to, they have invented special glasses that blur their vision:

The ultra-Orthodox community’s unofficial “modesty patrols” are selling glasses with special blur-inducing stickers on their lenses. The glasses provide clear vision for up to a few meters so as not to impede movement, but anything beyond that gets blurry — including women. It’s not known how many have been sold.

For men forced to venture outside their insular communities, hoods and shields that block peripheral vision are also being offered.

So, yes, this is maybe the dumbest thing I have ever ever heard (though writing for this blog I feel like I am saying that every other week). But, hey, it’s better than the alternatives… like throwing rocks and spitting on 8-year-old girls as they walk to school.

Am I thrilled that they find the sight of my elbows so offensive that they have to half-blind themselves lest they accidentally catch a sight of my bare arms?  Of course not, and I think their worldview is not only so so so dumb, but very dangerous.  Still, I guess we should appreciate that these men are taking responsibility for their own crazy instead of trying to make the rest of the world conform, right?