In 1638, France’s King Louis XIII decreed that all churches would pray on August 15th for the good of the country.

In 2012, all French Catholic churches will pray on August 15th — against marriage equality, adoption rights for gay couples, and euthanasia reform. 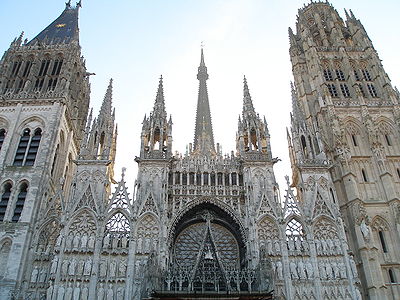 It’s no coincidence that these are all goals of the country’s new Socialist government and Catholics will certainly pray accordingly:

In the text, Catholics will pray for newly elected officials “so that their sense of the common good will overcome special demands.” This would include support for traditional families “throughout their lives, especially in painful moments.”

Pope Benedict and church leaders in England and Scotland have spoken out publicly against marriage equality, though a majority of people in France — Catholics included — are in favor of it.

… it says children should “cease to be objects of the desires and conflicts of adults and fully benefit from the love of a father and a mother.”

France’s new Socialist president Francois Hollande has vowed to legalize marriage equality and euthanasia. Maybe after praying on it, some more French Catholics will see the light.