We all handle Internet trolls differently.

I usually don’t engage with people trying to get a rise out of me — in the comments below, on Twitter, whatever — unless I think the topic needs addressing. I usually don’t post about them on this site because there are more pressing/interesting issues to write about when time permits… and, honestly, the trolls don’t really bother me. They don’t threaten me. They’re easily ignorable. No doubt, though, it’d be tougher to ignore in other situations (like if I were female).

Anyway, Sam Harris gets his share of Internet trolls — people who criticize him just to bait him, or who misrepresent his positions by taking a nuanced idea and boiling it down to a couple unflattering words. 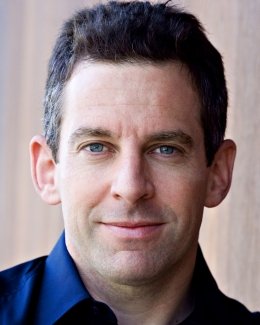 It’s fascinating to read about the shit he has to put up with:

Another flurry of emails arrives alerting me to a very personal and misleading attack on me (along with a few friends and colleagues) now lighting up Alternet — a website that has distorted my views in the past. Many readers want to know when they can expect my response to “The 5 Most Awful Atheists.” I read this poisonous and inane concoction written by a deeply unserious person who has made no effort to understand my arguments, and I decide that the best thing to do is to forget all about it.

Predictably, this article refers to the fact that I have discussed the ethics of torture in the past — and it does so in order to brand me as a moral lunatic. From reading this piece, and hundreds like it, one would never imagine that my position on torture is more or less identical to the one prescribed in that handbook of evil, the Stanford Encyclopedia of Philosophy. (Read the entry on torture there, especially the section entitled “The Beating,” and then tell me that being categorically “against torture” is a morally uncomplicated stance to adopt.)

However, I then hear that the article has been gleefully endorsed by that shepherd of Internet trolls PZ Myers, amplifying its effect. Soon thereafter it appears on Salon, under the slightly more restrained title “5 Atheists who ruin it for everyone else.” Will I now respond? The temptation is growing. But I have 5,991 unread emails in my inbox and a book to write.

It is difficult to overlook the role that blog comments play in all this. Having a blog and building a large community of readers can destroy a person’s intellectual integrity — as appears to have happened in the case of PZ Myers. Many people who read his blog come away convinced that I am a racist who advocates the widespread use of torture and a nuclear first strike against the entire Muslim world. The most despicable claims about me appear in the comment thread, of course, but Myers is responsible for publishing them. And so I hold him responsible for circulating and amplifying some of the worst distortions of my views found on the Internet.

I said it before and I’ll say it again: I read all of Harris’ posts about profiling Muslims at the airport, and none of them came across as “racist” to me. Racism implies an undercurrent of intolerance, and I suspect Harris has no problem with Muslims peacefully practicing their faith (other than the fact that their beliefs are wrong) or people like me sitting next to him on a plane. So I can understand his frustration with people reducing his argument down to “racial profiling.” It’s far more complicated than that. (For what it’s worth, I also didn’t think his argument for religious profiling was very persuasive.)

But I don’t buy the idea that PZ is responsible for what his commenters say. He provides the platform and sets the tone — and I’ve criticized that myself — but there’s not enough time to moderate every comment, especially when you get that many. You can ban or mark as spam any number of comments, but what about the people who (politely, with good intentions) say untrue things or who criticize you without merit? You can’t respond to everybody; you can’t correct them all; so it’s usually easier to let the other commenters deal with them and let the chips fall as they may.

I think it’s safe to say my tone on this site is radically different than PZ’s, but there are plenty of asshole-ish comments that make their way here, too. What’s the alternative? Shutting down comments entirely? That wouldn’t be fun for me, even though some of the blogs I respect have done that. I don’t want this to be a one-way conduit of information. Neither does Harris, but you can imagine what would happen if he opened up comments on his site.

One thing Harris might want to consider: If that many people are accusing him of “racial profiling” (or some other false claim), yes, some of them may not have actually read the piece… but others may have read it and still misunderstand him. It’s the communicator’s job to set the record straight, even if that means restating something you thought you said before.

So if Harris were to ever write a longer book about how airports ought to handle terrorism, I think he owes it to readers to explain (in a longer, different, more clear manner than his blog posts did) why his suggestion should not be mistaken for racial profiling.

Sometimes — rarely — trolls can be helpful in pointing out where people misunderstand your position. You won’t be able to change their minds — that’s why they’re trolls — but you might be able to make your point more clear for everyone else.

August 7, 2012
To Anyone Who Thinks We're Intolerant of the Anti-Gay Side...
Next Post