Creationist Wonders How Anyone Could Know the Age of the Earth Without Looking to Bible July 28, 2012 Hemant Mehta

This is Creationism in action.

Answers in Genesis’ Ken Ham is talking about the sad state of affairs in Christianity because even some professors at Christian schools accept evolution. (Cue gasps of horror.) So he tells this story of one such professor: 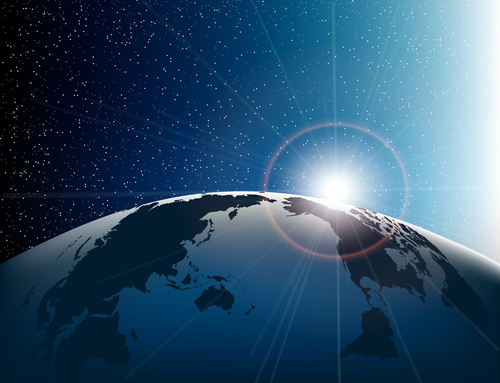 In one interview, Dr. [Darrel] Falk is asked the question, “If a young Christian undergraduate came to you and said, ‘what is our current understanding of the best proof for the age of the universe,’ what would you say?” Dr. Falk’s response plainly reveals his bias toward evolution and millions of years:

First, it’s interesting to point out that the standard response from many evolutionists is that the earth is 4.5–4.6 billion years old. But Dr. Falk is claiming 4.3 billion — that’s 200–300 million years different! Now, Dr. Falk is a professing Christian and is teaching at a Christian university, so why would he choose to answer a student’s question about the age of the earth and universe without ever looking to Scripture?

The 4.3 billion year thing is probably just a slip-up (it’s closer to 4.54-billion-years-old), but that last part is the kicker:

How can you answer the age of the earth without ever quoting the Bible?!

Because of the many things the Bible isn’t, it sure as hell isn’t a science book. Even a lot of Christians acknowledge that.

I think Ham has a point, though. There are a lot of mental gymnastics going on in the minds of people who try to reconcile scientific realities with Biblical mythology. At some point, something has to give… and the science on the age of the universe isn’t changing anytime soon.