With all the legal problems city councils are having over their invocation prayers, the Knox County Commission in Tennessee is taking a step today… in the wrong direction: They’re putting their invocation policy in writing so that it’ll be officially approved. 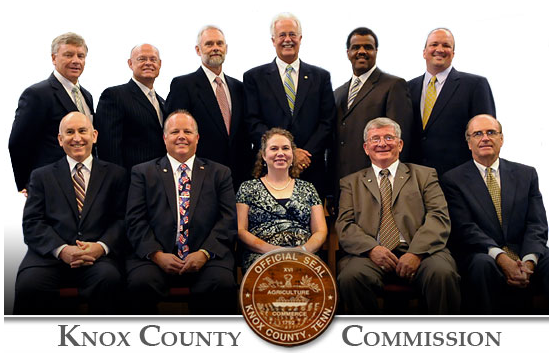 Knox County Commission Chairman Mike Hammond said now is a good time to “reaffirm (the county’s) policy” although “this is something we’ve been doing for years.”

“The only thing this does is set up rules for what we’re already doing and it makes it legally defensible if we are sued,” he said.

A written policy calling for “open and non-inclusive” prayers has little weight when FFRF has documented plenty of instances (PDF) when the prayers were explicitly Christian in nature:

“Calling upon commissioners and citizens to pray is coercive and beyond the authority of the local government,” the July 3 letter states. “Citizens are compelled to come before you on important civic matters, to seek licenses, permits, to participate in important decisions affecting their livelihood, their property and quality of life. These citizens should not be made to feel offended, excluded, or like political outsiders because the local government they support with their taxes imposes religious ritual at civil government meetings.“

It’s not only the atheists pointing out the problems of the prayer. The Knoxville Jewish Alliance sent the Commission a letter, too:

Even though the mainstream Jewish community believes in a just, merciful, and loving God as seen and understood through the lens of the Jewish Bible (sometimes called The Old Testament), it also recognized the prohibitions imposed by the federal and Tennessee Constitutions against government sponsorship and prohibition of religious beliefs and practices.

But, you know, in the minds of the Commissioners, who cares what the Jews think?

The Knox County Commission hereby approves the following written policy regarding opening invocations before meetings of the Commission of Knox County, Tennessee:

(1) In order to solemnize proceedings of the Knox County Board of Commissioners, it is the policy of the Commission to allow for an invocation or devotional to be offered before its meetings for the benefit of the Commission.

(2) The devotional shall be listed or recognized as an agenda item for the meeting or as part of the public business.

(3) No member or employee of the Commission or any other person in attendance at the meeting shall be required to participate in any devotional that is offered.

(5) The designated Commission member shall deliver the devotional or invocation in his or her capacity as a private citizen, and according to the dictates of his or her own conscience.

(6) No guidelines or limitations shall be issued regarding an invocation’s content, except that the Commission shall request by the language of this policy that no devotional should proselytize or advance any faith, or disparage the religious faith or non-religious views of others.

(7) No Commission member shall be scheduled to offer a devotional at consecutive meetings of the Commission, or at more than two (2) Commission meetings in any calendar year.

(8) No other member(s) of the Commission shall engage in any prior inquiry, review of, or involvement in, the content of any devotional to be offered by the scheduled Commission member.

The Commission members get to choose who delivers the invocation “according to the dictates of his or her own conscience” — another way of saying “If you’re Christian, go ahead and talk about Jesus.

The Commissioners can “request” that proselytization not occur, but, hey, if it happens, not our fault!

At no point do they actually forbid proselytizing sermons. In fact, they say that Commissioners shouldn’t pre-screen invocation speeches — one way to just wash their hands clean of any Christ-y sermons that *happen* to be said.

They’re setting themselves up for a lawsuit. Their intentions don’t matter. The results do. And they’re being watched by groups who are fighting for equality under the eyes of government.

(Thanks to Christina for the link)

July 23, 2012
A Little Piece of My Neighborhood
Next Post