European Court to Christian Political Party: You Have to Allow Women in Your Party to Run for Public Office July 20, 2012 Hemant Mehta

European Court to Christian Political Party: You Have to Allow Women in Your Party to Run for Public Office

The Staatkundig Gereformeerde Partij (SGP) is a Dutch political party known for its fundamentalist Christian beliefs. The SGP didn’t support women’s suffrage a long time ago and, more recently, they didn’t allow women to become a Member of Parliament on behalf of their party.

The SGP professes the absolute authority of the Word of God over all areas of societal life. The SGP rejects the idea of absolute equality of human beings, which it sees as false teaching of the French Revolution. In essence, the SGP believes that, although all human beings are of equal value as God’s creatures, differences in nature, talents and place in society should be recognised. Scripture (in particular 1 Corinthians 11:3)’ teaches that men and women have different roles in society. Thus, women are not inferior to men as human beings; but unlike men, women should not be eligible for public office.

Got that? Women are equal to men… they just can’t do the stuff men are allowed to do. #ChristianLogic

It wasn’t until 2006 that women were allowed to become members of the SGP party — but they still couldn’t run for public office. 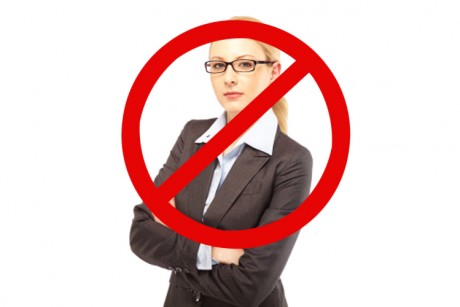 So that leads to the question at hand: Does the state have a right to force the SGP to allow women to run for office?

The SGP said no — they felt that their freedom of religion was superior to any equal rights legislation. Not to mention women could always run for office — they just had to do it through another political party.

Today, after a lengthy court battle, the European Court of Human Rights ruled that the SGP must change its ways or risk losing their two seats (in the 150-seat Dutch Parliament) and €800,000 they get from the government each year. (You can read the ruling in English here (PDF).)

The European Court of Human rights in Strasburg on Friday rejected an appeal by the fundamentalist Christian party SGP, which says women should not be allowed to hold political office.

The European Court said in its ruling ‘the advancement of the equality of the sexes is today a major goal in the member States of the Council of Europe’, and that ‘very weighty reasons’ would have to be put forward to justify different treatment on the grounds of sex.’

Good decision by the ECHR.

The bigger question may be why any woman would want to run for office as a representative of this party… and who the hell is voting for the SGP?

(Thanks to Klaas for the link!)

July 20, 2012
Louis Gohmert (R-TX): The Aurora Shootings 'Could Have Been Avoided if the Country Placed a Higher Value on God'
Next Post