We tend to hear about the “free exercise” clause in cases like the Affordable Care Act, where the Catholic Church says it should not be required to provide employees’ insurance coverage for contraception in their non-churchy institutions (like hospitals and universities, for example).

One Delaware divorcee recently thought it could apply to her, too — she used “free exercise” to challenge a court’s calculation (PDF) of the alimony she was required to pay to her husband. 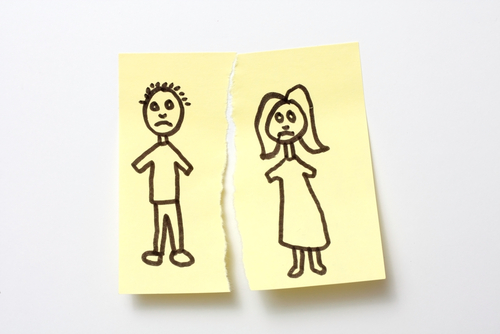 Vanessa Wright (A pseudonym) was ordered by Family Court of the State of Delaware to pay David Wright (ditto) $1,313 a month in alimony. Why that much? In short, David suffered a back injury preventing him from working as a field engineer and has relied almost entirely on his then-wife since 1996. Vanessa is a school principal making $110,000 a year.

In Delaware, alimony awards take into account the monthly expenses of each party, seeking to maintain the standard of living for both. Vanessa calculated her monthly expenses to include a $1,000 a month tithe to her church (10% of her income). The family court found the tithing to be a “voluntary charitable contribution,” rather than an obligatory expense like gas or groceries. They felt a more reasonable amount “in light of [the parties’] current expenses” would be $100 a month. Using the new calculations, she would still be left with more than $1,400 a month — enough to pay a larger tithe if she wanted to. The court simply did not think it was necessary to reduce the husband’s alimony award to maintain that higher level of tithe.

Vanessa fought the decision through an appeal — saying that they were preventing her “free exercise” of religion — but the Supreme Court of Delaware rejected it a few days ago.

Never mind the fact that marriage vows were broken or that her ex-husband actually needed the money for his basic welfare — her ethical and charitable impulses were attuned solely to the church. Never mind the fact that she had what amounted to no legal support for her argument — she was hell-bent on vindicating her rights or reducing that alimony award, whichever benefited her more. The court wasn’t buying it — they found that the family court had not “abused its discretion” when they re-calculated the alimony award. The result isn’t surprising; courts of appeal grant lower courts wide berth in making their decisions.

For what it’s worth, the court’s holding is narrow; the ruling applies only in Delaware and only in divorce cases. It means only that Delaware courts do not interfere with religious freedom when they use discretion in alimony calculations to reduce voluntary charitable expenses to what they feel are reasonable amounts. They are not required to do so, but they may. The holding is, however, part and parcel with the broader understanding that requiring everyone to follow the same laws does not violate free exercise, an individual’s rights are not superior simply because of a professed religion, and courts are not going to bend over backward to accommodate unfounded cries of infringement on religious freedom.

Vanessa Wright will not get special consideration in her divorce proceedings just because she gives money to a particular church — and that’s exactly how it should be.