Christian Piatt has a terrific list (and follow-up) of clichés Christians need to stop using:

“If you died today, do you know where you’d spend the rest of eternity?”

No, I don’t, and neither do you. So stop asking such a presumptuous question as this that implies you have some insider knowledge that the rest of us don’t. And seriously, if your faith is entirely founded upon the notion of eternal fire insurance, you’re not sharing testimony; you’re peddling propaganda.

“The Bible says it; I believe it; that settles it.”

If ever there was a top-shelf conversation killer this is it. You’re not inviting any opinion, response, thought or the like. You’re simply making a claim and telling others to shut up. Also, I’ve yet to meet someone who takes EVERY WORD of the Bible literally. Everyone qualifies something in it, like the parts about keeping kosher, wearing blended fibers, stoning adulterers, tossing your virgin daughters into the hands of an angry mob…you get the point.

“The Lord never gives someone more than they can handle.”

What about people with mental illness? What about people in war-torn countries who are tortured to death? What about the millions of Jews murdered in the Holocaust? And this also implies that, if really horrible things are happening to you, God “gave” it to you. Is this a test? Am I being punished? Is God just arbitrarily cruel? Just don’t say it. 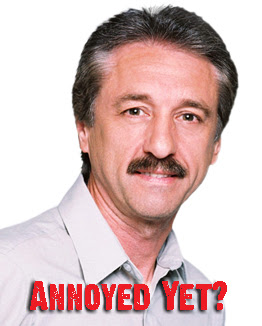 July 11, 2012
Indonesian Leader: Atheists Have Freedom in Our Country... Except That One Guy We Put in Jail
Next Post