In Omaha, People Are Offended by Billboard for Atheists July 10, 2012 Hemant Mehta

In Omaha, People Are Offended by Billboard for Atheists

This is the atheist billboard that just went up in Omaha: 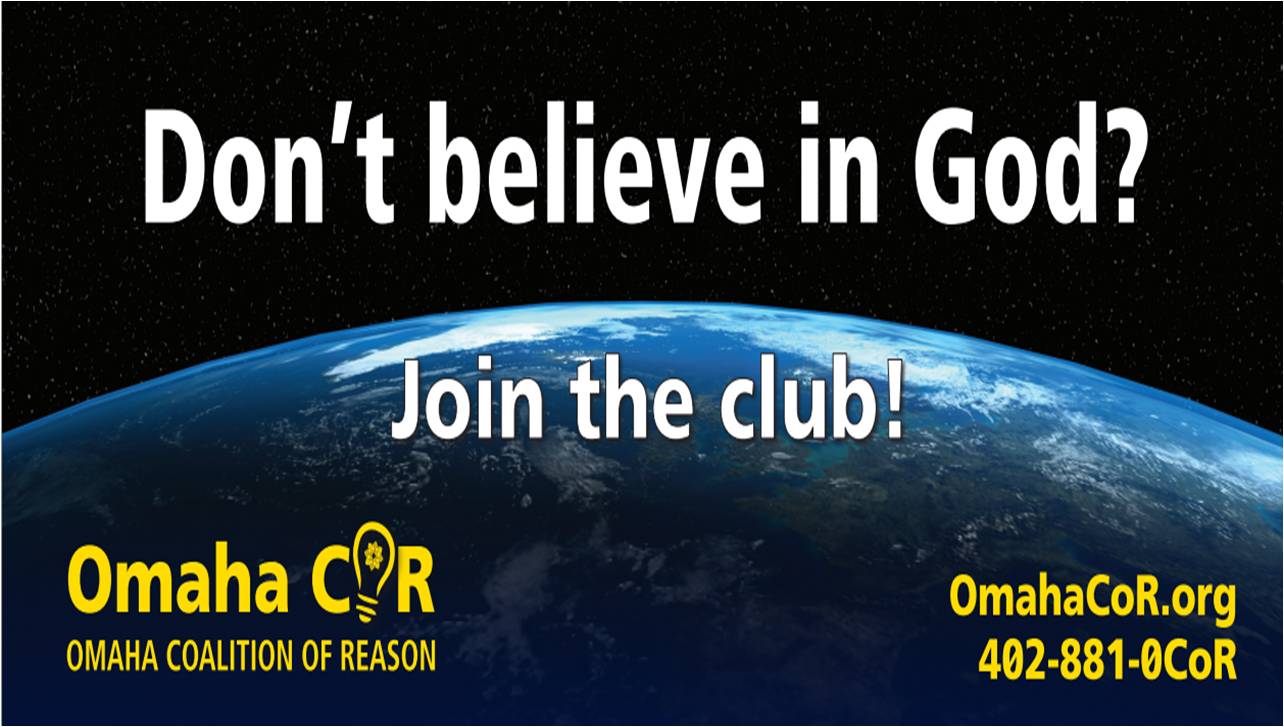 The organizer of the Omaha Coalition of Reason doesn’t think it’s controversial and he’s right:

“We put it up as a beacon to let them know that they’re not alone,” explained William Newman.

Newman is with Omaha’s chapter of United Coalition of Reason and the man behind the sign.

“The billboard is designed so it’s not [denigrating] anyone’s religion. We’re not coming out and telling people that there is no God and we’re not trying to convert anyone to Atheism,” he said.

But leave it to the local news team at KMTV to find people who are offended by it:

While people we spoke with say yes to free speech they’re against the billboards message. Meghan Hart is one of them. “Everyone own what ever they want to do I guess but it’s just going to stir up emotion,” she said.

Yes… because we all experience so much emotional distress when we find out not everybody agrees with our bad ideas.

This is really the best part about these news clips. Atheists put up inoffensive billboards and local media finds people who are somehow offended by the non-controversial statements. They look crazy. Atheists come out ahead.

(Thanks to Bob for the link!)

July 10, 2012 Christian Legal Group Changes Its Name to be More 'Christian-y'
Browse Our Archives
What Are Your Thoughts?leave a comment