Intelligent Design proponents are soooooo mad at Wikipedia, calling it a “tyranny of the unemployed.” Because when editors suggest that ID isn’t credible and evolution is a theory on very solid footing, obviously, they’re just haters incapable of properly discussing science:

You simply can never outlast these folks. They have nothing better to do with their time and will always erase your attempted correction and reinstate the bogus claim, with lightning speed over and over again.

Paraphrased: “We try to insert our religious beliefs in their science articles, but they keep fixing it! WHY ARE THEY SO MEAN?!” 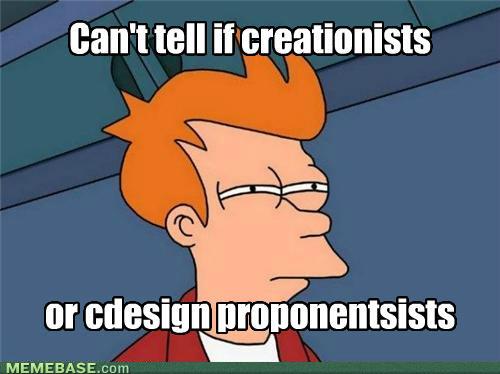 Wesley Holland breaks their claims down a little more and I love his summary:

… the ID folks do not like it when the evolution “controversy” is portrayed accurately, with the scientific evidence on one side and the religiously-motivated dogma on the other side. They don’t like it when well-informed Wikipedia contributors illustrate, point-by-point, exactly how much of the alleged “scientific controversy” over evolution relies on articles from non-peer-reviewed and ID-biased journals. In short, they seem to be realizing that accurate information is the enemy of intelligent design.