If the Bible Were Written Today, It Wouldn’t Be Sold in Christian Bookstores July 8, 2012 Hemant Mehta

If the Bible Were Written Today, It Wouldn’t Be Sold in Christian Bookstores

Christian author Rachel Held Evans is writing a book and she casually mentions the word “vagina” in it. Her editors told her to remove it because the Christian bookstores wouldn’t sell it otherwise — even though male Christian authors could say “penis” in their books without a problem. It took a blog post + tons of reader reaction to get the editors to change their mind.

Last month, LifeWay Christian Bookstores removed the movie The Blind Side from their shelves because Pastor Rodney L. Baker — one prudish, crazy dude — complained that it contained profanity, “God’s name in vain,” and a racial slur. I’ve seen that movie. It’s about as family-friendly as a movie can get. Also, keep in mind: no one else complained. Just one pastor who treats the word “Goddamn” as if it were Kryptonite. And because of that, LifeWay made sure no one shopping in their stores could buy it. 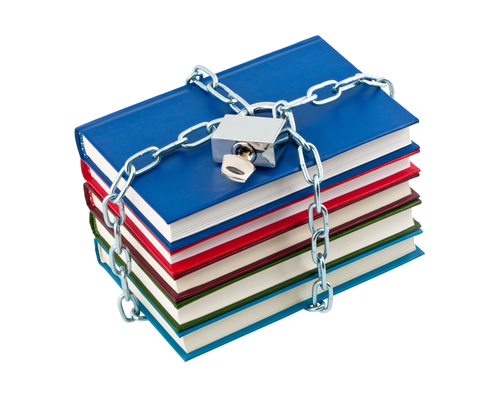 After all this, I’m glad Rachel is calling out her industry on their cowardice (emphasis hers):

Now I’m going to say something that will probably get me into some trouble, something that many editors and writers are afraid to say for fear of losing their jobs or their book contracts, but something which desperately needs to be spoken out loud: Christian bookstores have a chokehold on the Christian publishing industry. And this chokehold not only affects the inventory you find on Christian bookstore shelves, but which books are contracted by publishers, what content gets edited in the writing and editing process, and the degree of freedom authors feel they have to speak on their own blogs and platforms. As a result, the entire Christian industry has been sanitized, while its best artists look elsewhere for publication.

… In fact, based on LifeWay’s own standards, the Bible itself — which includes profanity, violence, and sex — should be banned from the shelves.

People are gay. People are divorced. People drink alcohol. People live in bodies that have skin and bones, and, like it or not, penises and vaginas.

We don’t have to be unnecessarily crass to speak the truth, but we have to be honest. We have to be real. Most of all, we cannot live in fear.

Rachel can get away with saying this because she’s a popular-enough blogger that her books will sell regardless of how some chains feel about it. (From a publishing perspective, though, it would suck to not have a major Christian bookstore sell your book.)

We often mock Christians for the super-santized shit they put out because it’s so far from reality in terms of how people talk and act. Hell, when I say the words “Christian media,” you all know exactly what I’m talking about: Shitty, low-quality, mind-numbing garbage requiring no brain cells to watch or listen to. But it’s not like the authors, TV producers, artists, etc. are given much of a choice. You have to do things by the “rules” or it’s possible that no one will see your work.

It would be great to see a Christian author self-publish an R-rated book — with bad language or discussion of sex/drug use — just to see what would happen. If it sold well, maybe the Christian booksellers would realize it’s not that big of a deal.

Then again, they probably wouldn’t budge. As so many Christians do on so many issues, they would probably stay stuck in their archaic, rigid ways while the rest of the world passes them by.

July 7, 2012
South Korea May Put Examples of Evolution Back Into Science Textbooks
Next Post

July 8, 2012 Say It Proudly: I Am An Atheist
Browse Our Archives
What Are Your Thoughts?leave a comment