Is the ‘Gay Marriage’ Debate Driving Christians Away from the Church? Let’s Hope So July 4, 2012 Hemant Mehta

Is the ‘Gay Marriage’ Debate Driving Christians Away from the Church? Let’s Hope So

I’m a broken record on this topic, but why not have another go at it.

The way the Christian church treats the LGBT community is both a blessing and a curse for atheists. We know why it’s bad for LGBT people — that’s pretty obvious — and I don’t want them to have to go through all that misery.  The upshot to it is that the church’s shameless bigotry when it comes to the issue of homosexuality pushes a lot of individuals — gay and straight, mostly young — away from the church. As an atheist, I love seeing that.

If the church wanted to do the right thing, it would treat the Bible verses about homosexuality just like they do all the other verses they don’t like — toss them aside as if they were never written in the first place, or rationalize them to the point where they don’t matter anymore. Thankfully, they’re not smart enough to do that.

The fact that some younger Christians are trying to reconcile what the Bible says with what they know is the right thing to do has a lot of older Christians flipping out: 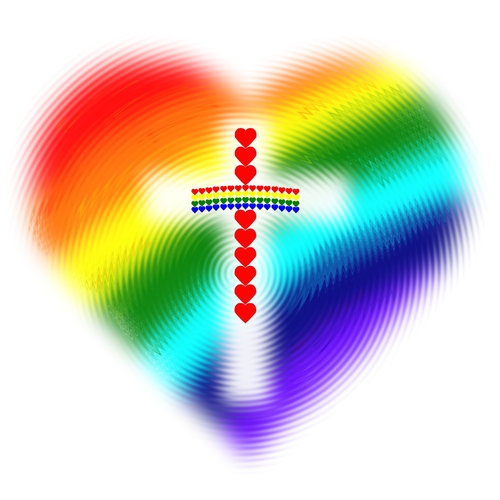 A 2011 survey by the Public Religion Research Institute shows the generation gap between young Christians and their elders is large, with 44 percent of white evangelicals aged 18-29 in support of marriage equality compared to only 12 percent of those 65 and older.

“For young Christians, having gay and lesbian friends is just a part of our life,” [blogger Rachel] Held Evans said. “It’s just really hard for us to see them as mere issues to debate, because we’re talking about our friends here.”

“I think the main problem we have is that a lot of the folks voting about homosexuality, voting about gay marriage, don’t know any gay people,” she said. “And I’m certain that if they did, it would change their attitude.”

She’s absolutely right on that. It’s hard to demonize people you’re close to and that’s the reason it’s so important for people to be open about their sexuality (or their atheism).

Meanwhile, even when they mean well, the older Christians can’t seem to talk about homosexuality without saying things that are so obviously ignorant to the rest of us:

[Joel] Hunter, who leads a Florida megachurch, said he believes the government could establish a kind of civil marriage, which would not fit within the definition of Biblical marriage.

”We don’t 100 percent equate this as a part of the civil rights movement because for us at least a part of this is a matter of choice, it’s a behavior, and so it’s a different category than skin pigmentation,” he said. “Having said that, we want to be sure that all Americans do have citizens’ rights to enter any legal relationship that they want to.”

Riiiiiight. Everyone just chooses to be gay or straight. That the sort of bullshit pastors spew when they can’t bring themselves to listen to what experts in the subject say.

It’s not enough to just wait for the older generation to die out.

Younger Christians have to keep pressuring their pastors, their youth groups, and their peers to quit the bigotry, stop treating homosexuality as a sin when there’s nothing wrong with it, and support marriage equality.

Silence is no longer an acceptable option.

If you’re not publicly speaking out on this issue — on a blog, on your Facebook wall, and to other Christians — then you are no better than pastors like Joel Hunter (and the panoply of right-wing haters) who are desperately searching for some reason, any reason, to treat the LGBT community as if they were second class citizens.

And if the Christian church can’t bring itself out of the dark side of this issue (and women’s rights and science education and so many other unnecessary controversies), then younger Christians need to accept the fact that their faith is not a force for good — that it’s the problem, not the solution — and get the hell out of there.

The rest of us have come to our senses. It’s about time you do, too.

(Image via Shutterstock — Thanks to Ben for the link!)