Former pastor Teresa MacBain has been hired as the Public Relations Director for American Atheists! 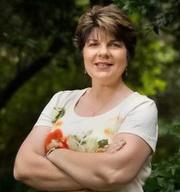 MacBain formerly served as the Executive Director of The Clergy Project and as a pastor and educator in the religious non-profit sector.

It is an honor to have Teresa on our team. Since coming out as an atheist at the 2012 American Atheists Convention in Washington, DC, Mrs. MacBain has proven herself to be an effective communicator and a champion of the rational, religion-free life. As the Marines of the Freethought movement, it is fitting to have a Cabinet-level director who has only recently been freed of the bonds of religion.  She is a shining example of the fact that atheists who feel trapped in the preacherhood can escape the lying life and get honest employment: there is no life after death, but there is life after church!

MacBain is the first female graduate of The Clergy Project, and officially came out as an atheist at the 2012 American Atheist Convention with an extremely touching speech.

July 3, 2012 12-Year-Old Boy Burns Cross Into His Back (Graphic Image in Post)
Browse Our Archives
What Are Your Thoughts?leave a comment