150 Mormons did something amazing yesterday: They left the church en masse. It was a planned event called a “Declaration of Independence from Mormonism.” 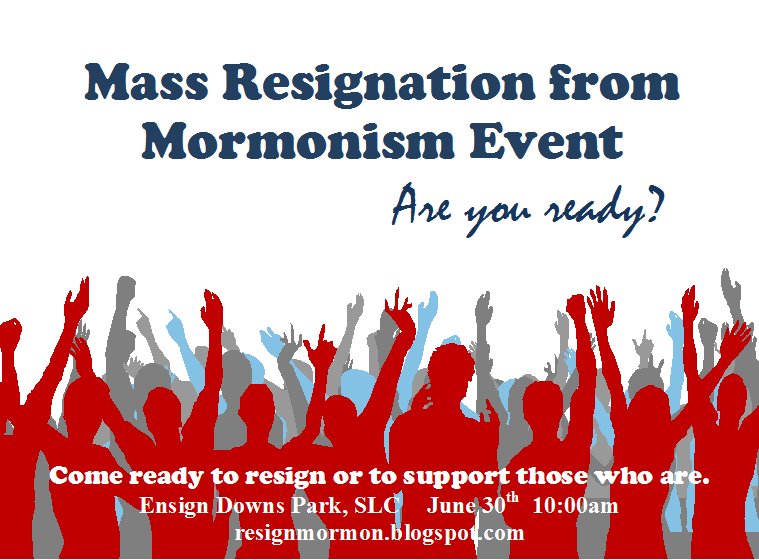 Fed up with their church’s opposition to gay marriage, conflicts with science, racist/sexist doctrine, and its “culture of abuse,” the 150 people came together with their letters of resignation and symbolically pledged to leave:

After gathering in the park, participants hiked a half-mile up nearby Ensign Peak, scaled in 1847 by church President Brigham Young to survey the spot where his Latter-day Saints would build a city.

At the top, those gathered gave three loud shouts of “Freedom,” cheered, clapped and hugged.

“It’s been a hard journey and this is a symbolic end,” said event organizer Zilpha Larsen, of Lehi, Utah. “I just hope that it boosts people up and helps them feel more comfortable in their decision.”

I hope so, too. More people need to follow suit.

Step one in leaving the Church of Jesus Christ of Latter-day Saints is submitting a formal letter to get off their rolls. That’s what this group did. Their letters will be mailed off soon. It’s tough, it’s emotional, but they made it through.

The next step is dealing with the fallout from family and friends. That’s a little harder. But they have a lot of support from those of us who have left our faith before as well as all of the online communities for ex-Mormons.