There’s a glowing profile of Secular Coalition for America founder Herb Silverman at Tablet Magazine. He’s the author of the just-released book Candidate Without a Prayer, which (among other things) documents the time he ran for Governor of South Carolina: 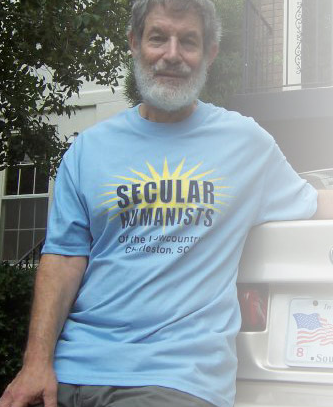 In 1989, Silverman learned that the South Carolina Constitution prohibited anyone who “denied the existence of the Supreme Being” from running for public office. Silverman had to pick up the gauntlet. It was in his nature. He was 47, unmarried, and relatively content, yet he recognized that this was the epiphanic moment when he knew what he should do with the rest of his life.

“I think it’s up to human beings to find their own purpose,” he told me in a recent phone interview. “And my purpose was to educate people about a secular world view.”

… Campaigning even as his suit made its way through the court calendar, Silverman delighted in the opportunities to publicly articulate his views. (It was through an article in the Philadelphia Inquirer that his mother found out what he was up to — “not the best way to find out that her only child was a gubernatorial candidate, and an atheist,” he confesses.)

On a personal note, I absolutely loved this book. Definitely worth reading, and not only because Herb is one of the leaders of a group I’ve worked with before. You can read our review and interview with Herb here.

June 22, 2012 1is2many: The White House's New PSA About Stopping Violence Against Women
Browse Our Archives
What Are Your Thoughts?leave a comment