This week, Vice President Joe Biden (who has a history of advocating for women’s rights) released a new public service announcement about stopping violence against women.

Despite the significant progress made in reducing violence against women, there is still a long way to go. Young women still face the highest rates of dating violence and sexual assault. In the last year, one in 10 teens have reported being physically hurt on purpose by a boyfriend or girlfriend. One in five young women have been sexually assaulted while they’re in college.

In response to these alarming statistics, Vice President Biden is focusing his longstanding commitment to reducing violence against women specifically on teens and young women ages 16-24. By targeting the importance of changing attitudes that lead to violence and educating the public on the realities of abuse, the Vice President is leading the way in an effort to stop violence against women before it begins.

What is exciting about this campaign is that the focus is not about educating women on how to change their behavior to avoid being abused (a.k.a. victim-blaming), but by demanding that everyone speak up and out about violence against women. Silence is a passive form of acceptance, and we all need to work towards being a part of the solution. 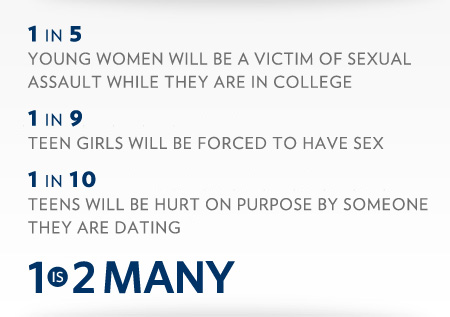 June 23, 2012 Congressman Al Green: 'Why Not Have a Hearing on the Radicalization of Christians?'
Browse Our Archives
What Are Your Thoughts?leave a comment