Gay, Mormon, and Married… but This Time, It Didn’t Work Out

Maybe you saw the story about the Mormon who is gay but happily married to a woman. Things are working out for them (so they say…)

But what happens when you no longer want to suppress your spouse’s sexuality? Ashley is a 36-year-old Mormon who (knowingly) married a gay man, but unlike the other couple, they couldn’t ignore it and keep the charade going: 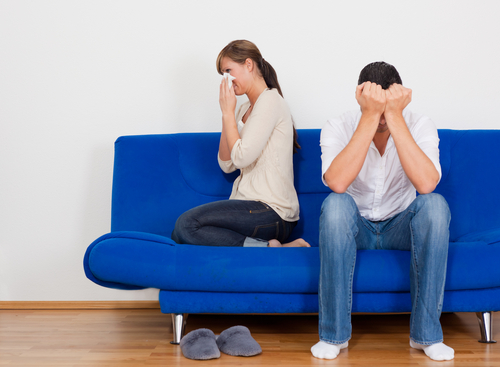 I was quiet at first. He couldn’t look at me as he said it or after. But I just sat quietly and supportive in the passenger seat of his car.

We were both quiet now.

“I want to go to therapy when I am making enough money to afford it. There is a certain type of therapy that fixes it.”

All of these things sounded very reassuring to me, a 20 year old. Naive, hopeful, and in-love.

Neither of us realized at the time that it doesn’t go away.

We both were on our own individual roller coaster of depression, denial, angst, and wanting to die. A roller coaster we stayed on for 13 years. And while we were each on our own separate coaster, our kids were on the ground watching us, wondering why we were on a ride that we weren’t enjoying, and why we couldn’t be on an enjoyable ride all together.

… During our marriage, we did have sex. It was mechanical. It felt wrong. It was like a chore. It was a way to relieve tension… sometimes. Other times it only created more tension. It was not intimate in any way…

Sometimes, perhaps, a lot of the time, our homosexual loved ones will choose to love as they feel naturally inclined, in same-sex relationships. I believe that they are choosing joy. I’ve known too many gay men and women personally who have attempted either celibacy or relationships with the opposite sex, because of their strong testimonies of the church, and they DO NOT experience joy.

Read the story to get a glimpse of what her life was like before she got divorced. Sometimes, ending the marriage is really the best option in that situation — even when you have kids, even when you love that person, even when you don’t want to leave your faith.

To live in guilt, or in fear of god’s wrath, or as someone you’re not is a waste of the only life you’ll ever have.

(Thanks to Katie for the link. Image via Shutterstock)

June 16, 2012 Former Pastor Mike Aus Speaks to Humanists of Houston
Browse Our Archives
What Are Your Thoughts?leave a comment