When it comes to high school class requirements, the rule of thumb is this: You have to do what the state requires… but if you’re interested in the subject, you should do more.

In Illinois (PDF), for example, you have to take at least three years of math (including Algebra I and Geometry). But if you’re planning to major in engineering or business or anything that might require math, you want to take more than just three math classes. Colleges want to see that. In a lot of cases, the state’s requirements don’t matter because individual districts have their own requirements in place that go beyond what the state says.

But what if you hate math and don’t want to go into a “math-related field”? That’s when the requirements are even more important. The state is essentially saying, “You need to have at least this much knowledge in the subject before we let you opt out of it forever.”

That’s why it’s disappointing to see that California’s Governor Jerry Brown wants to drop the high school graduation requirement for Science from two years to one: 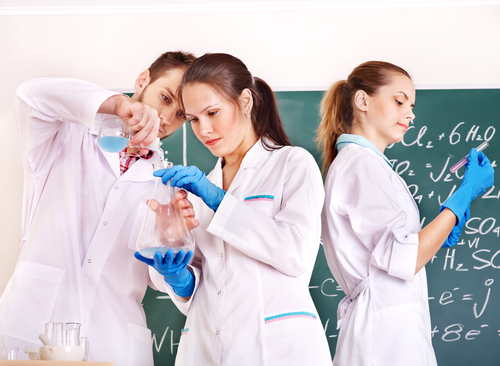 A little-noticed proposal by Gov. Jerry Brown to eliminate the second year of science as a high school graduation requirement is sparking concern among educators who fear it could deepen the academic divide among students and further erode the state’s scientific and technological leadership.

The recommendation in Brown’s revised May budget is aimed at freeing the state from reimbursing local school districts for the $250-million annual cost of the second-year science course. The state has not made any payouts to school districts since the requirement was ruled a mandate in 2005, so California owes public school systems $2.5 billion in unpaid claims.

It may be a fiscal decision, and it may be a moot point for the better schools in the state, but it’s symbolic of how little Gov. Brown values science. He’s sending a signal to the schoolchildren in the state that if they hate science, all they need to do is take one course and that’s good enough for California.

In a country where 46% of people are Creationists, we need more scientific literacy, not less. Those requirements should be increasing, not decreasing.

Again, this won’t affect students in most districts since they’ll have more requirements than the state demands. It won’t affect students who want to pursue a career in science because they’ll already be taking several science courses to get into better colleges. But the students who think science is useless? The students who probably won’t pursue a career that’s science-driven? They’re the ones who need to be taking more than just one basic science course. They’re the ones who need to learn some basic biology and chemistry. Gov. Brown is handing them a “Get Out of Science Free” card.

June 9, 2012
What Do You Do When Your Mormon Husband Loses His Faith?
Next Post

June 9, 2012 Get Paid to Go to Church... No, Really!
Browse Our Archives
What Are Your Thoughts?leave a comment