High School Student Fights to Stay Seated During the Pledge of Allegiance… and Wins!

Chelsea Stanton, a student at Collingswood High School in New Jersey, just took a stand on account of her atheism and won.

She didn’t want to stand during the Pledge of Allegiance at school — we’re not a nation “under god,” after all — but the district’s Code of Conduct (PDF) says that all students have to stand because it’s the “proper” way to show respect:

“I couldn’t bring myself to recite it anymore, because I felt like it didn’t respect me,” Stanton said.

So every morning, she sits silently as fellow students stand and say the Pledge of Allegiance.

“I don’t think any student anywhere should have to stand up for this,” she said.

“That’s the beauty of America — that you don’t have to follow the same religion the majority does,” Stanton said.

Stanton said that, because she didn’t stand for the Pledge, she “faced possible disciplinary action” from her teacher. (The news report doesn’t mention it, but it’s also worth considering the consequence of classmates talking shit about her for going against the grain.) Of course, it’s completely illegal to impose any penalty to those who stay seated during the Pledge. Stanton knew that. The people who wrote the Code of Conduct and the faculty members and administrators who blindly followed it did not. 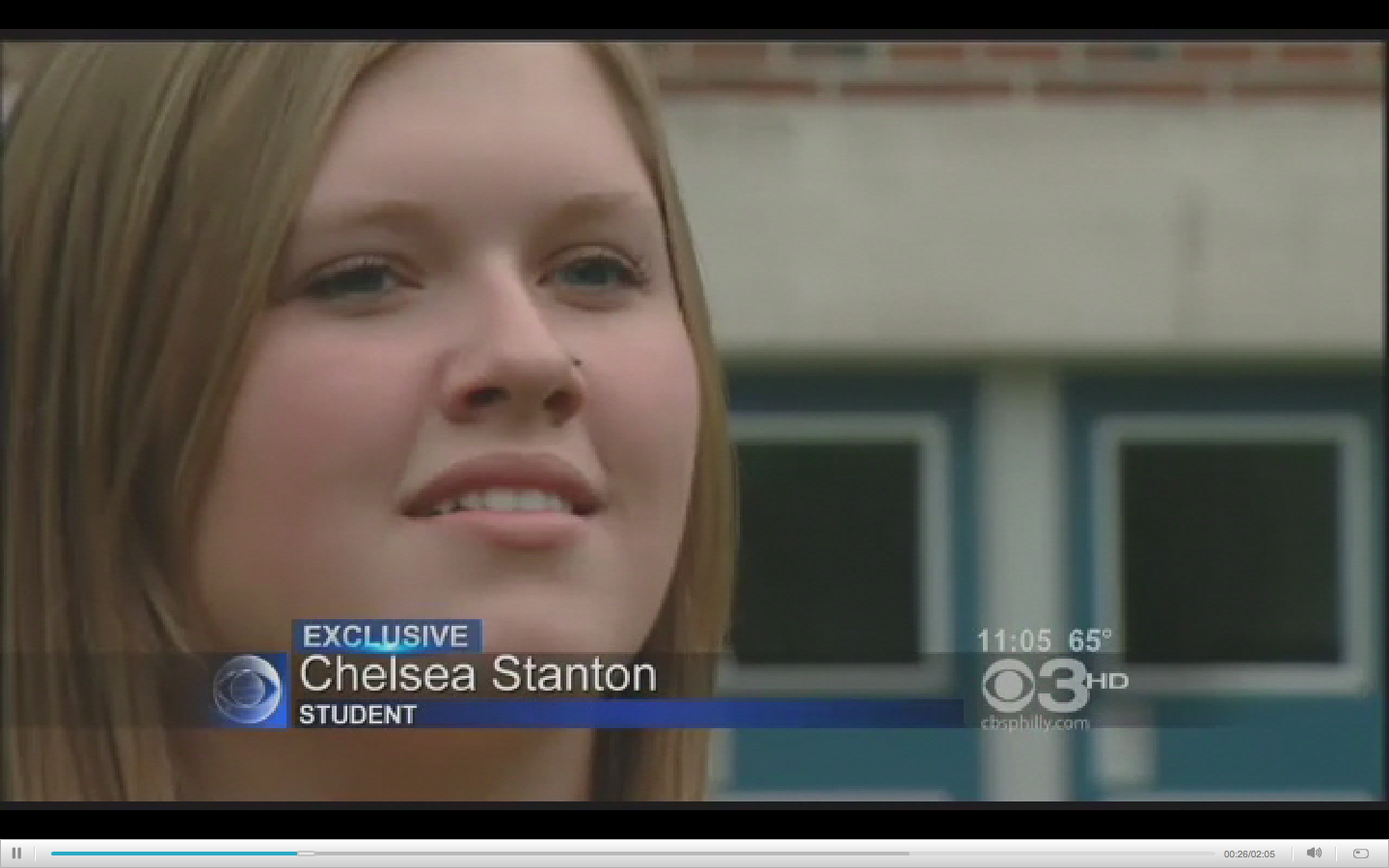 Once the whole situation was brought to the attention of district superintendent Scott Oswald, he did the right thing:

After having [looked] into the matter, Collingswood Schools Superintendent Scott Oswald said Chelsea is right.

Now, she has been allowed to sit during the Pledge with no problems.

Oswald said he will likely look into revising the student code of conduct this summer.

Hey, Freedom From Religion Foundation, are you accepting nominations for your $1,000 Student Activist Award? Because Chelsea deserves to be a recipient.

On a personal note, I’m a teacher who doesn’t stand for the Pledge, either. I never talk about my reasons for doing that, but I know that other students in my classroom have also chosen not to stand. Is that because of me? I don’t know. But as far as I know, they don’t get harassed for it. I hope they don’t stand for the Pledge when there’s another teacher in front of them. I bring this up because none of this should even be an issue. Reciting the Pledge of Allegiance is an unnecessary and (frankly) pathetic way to inject a false sense of patriotism into the students. If they got rid of the tradition altogether, students wouldn’t be any less patriotic or respectful.

Also, kudos to the totally professional way reporter Todd Quinones introduces the Code of Conduct manual at the 1:08 mark of that news clip…

June 7, 2012
The Intersection of Non-Theism and Feminism
Next Post