Autism Study Contributes to Finding the Origin of Faith in God June 6, 2012 Claudia

Autism Study Contributes to Finding the Origin of Faith in God

Researchers at the University of British Columbia have found a much lower degree of theism amongst the autistic, linking their lack of belief to their diminished mentalizing capacity. Mentalizing can roughly be defined as the ability to imagine what other people are thinking and to perceive or interpret behavior in accordance to intentional mental states (understanding needs, desires, reasons, etc). Original research available here. 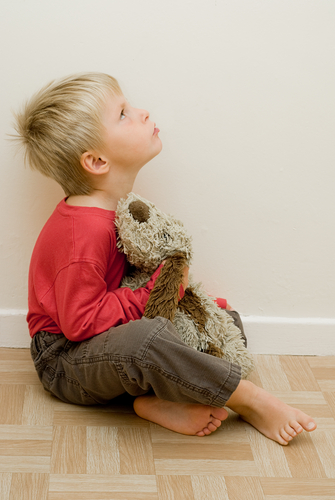 It has long been understood that people with autism have diminished mentalizing capacity. What does this have to do with religion? Well, most people interpret God as a real personality with intentions, goals, feelings and a relationship to the believer. This sort of construct is something that would likely require the capacity for mentalizing. One way to confirm this is to look at belief in gods in a group of people with mentalization defects. People on the autism spectrum were the perfect candidates and, in fact, confirmed the mentalization-religion relationship. The study also found a few other interesting tidbits:

Though obviously not the object of the study, I find the lack of correlation between IQ and nonbelief very interesting. Many within the atheist community believe, publicly or privately, that nonbelief must correlate positively with intelligence. It’s a belief as self-serving as it is widespread. Beyond the issue I have with using IQ as a universal predictor of intelligence (which would fill a post of its own), I think that we need a larger study that focuses on the relationship between intelligence and religiosity.

The already well-known difference in religious faith between men and women is confirmed here. The authors mention more than once that the origin of this difference continues to be “vigorously debated,” which is a very polite way of putting it. Relating the differing rates of belief to differing mentalization abilities suggests an origin that is more than superficial but it would be very difficult to weed out to what degree it’s ingrained. Because men and women are socialized differently, it’s hard to separate nature from nurture in many cases. However, it’s also not honest to simply dismiss the possibility of biological differences. Autism is often diagnosed when a child is a toddler, before most socialization has occurred, and it affects more boys than girls, even when you account for diagnostic bias. It could be that some of the same variables that make men more likely to suffer from autism also facilitate nonbelief.

None of this means that religiosity is totally inextricable from humanity, though it is obviously very well entrenched. The more we understand about both the cultural and biological, the better able we’ll be to give people the tools needed to extricate the particular imaginary intentional agent that is God.

June 6, 2012
Atheists Help the Homeless in Dallas/Fort Worth
Next Post

June 6, 2012 Marriage Equality Opposed By Religious Organizations in Washington State
Browse Our Archives
What Are Your Thoughts?leave a comment