The Challenges for High School Atheists

This is a guest post by Sarah Henry, a high school student from Indiana. Sarah spoke with leaders of several high school atheist groups for this post.

Over the past few years, high school and university students have started up their own freethinking safe havens by way of Secular Student Alliance groups. According to Lyz Liddell, the SSA’s Senior Campus Organizer, affiliate groups are growing exponentially. Young people are identifying more and more as atheistic or agnostic. 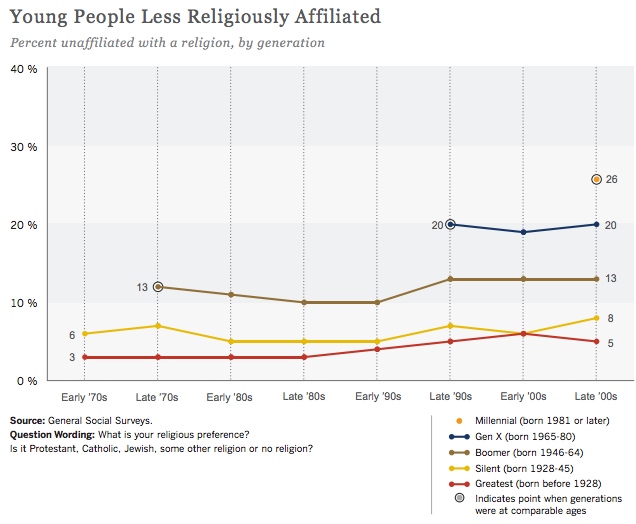 Unfortunately, freethinking students often face a lot of adversity when beginning their groups. I spoke with several high school students from around the country who told me some of the pressures they faced with their groups.

Cyrus Tahmourpour, the leader of his SSA group at Osceola Fundamental High School in Seminole, Florida, said that he had to deal with a lot of challenges when setting up his group. The principal of his high school was “wholly against the idea” and the assistant principal insisted that religious groups were not allowed on campus… even though a Christian group at the school met weekly and was led by a pastor.

Thankfully, JT Eberhard, the high school specialist for the SSA, was there to help. For Cyrus’ group, after the initial pushback from the administration, JT sent a letter to the principal explaining the situation and why the atheists deserved (and were legally allowed) to have their own group, Eventually, the group became official. JT even referred them to a great t-shirt designer in their city.

In many cases, students don’t have problems with their administrators, but they have a hard time dealing with their fellow students and teachers. Ross Cunningham, the founder of a Secular Student Alliance group in Georgia, said that people at his school were very negative at first. One teacher called them the “Satan-Worshipper’s Club,” and another tried to get them shut down.

Lauren Alvermann, from Pennsylvania, had the same experience. Kids at her high school were hateful and rude when she began her group, she said, but it has helped her develop “a thick skin.”

Thanks to these students, though, others at their schools are now more comfortable “coming out” to their parents or friends. Students in Alverman’s group have said that they talk about things they could never talk about with their parents — one student said that her mom would be furious if she found out she belonged to the SSA group.

One way to make things easier for other atheists is to take that first step and begin an SSA group at your high school. If you’re interested in doing that, just click here.

June 5, 2012
U.S. Appeals Court Rules That It Was Perfectly Fine for Illinois Politician to Give $20,000 to Christian Group
Next Post