Yesterday. Max Nielson filed a lawsuit (PDF) with the help of FFRF against Lexington/Richland District 5 on the grounds that the prayer that was to happen during his graduation would be unconstitutional.

There was a vote by the senior class earlier in the semester to determine whether or not to have a prayer during graduation, but the vote itself was faculty-led. This is in accordance with district policy which says that benedictions at school events should be determined by majority vote.

Max is suing on the grounds that the policy itself is unconstitutional:

The clear purpose of the policy is [to] promote religion; it… lacks a secular legislative purpose; and it cultivates, fosters and fertilizes a most excessive governmental entanglement with religion. The mere passage by the District of this policy evidences a purpose and perception of government establishment of religion. The policy’s text and the circumstances surrounding its enactment reveal that it has such a purpose. The District’s implementation of an electoral process that subjects the issue of prayer to a majoritarian vote has established a governmental mechanism that turns the school into a forum for religious debate and empowers the student body majority to subject students of minority views to constitutionally improper messages. The award of that power alone is constitutionally repugnant.

Yesterday was the graduation and it went exactly as planned, including the prayer. Since Max is a friend of mine, I decided to go and support him. None of the local news networks had contacted Max before the ceremony, so the story was still relatively quiet. Most of the student body so far has supported Max in his efforts for equality, so it has really only been the school district blocking equality.

Father, we come today once again asking for your guidance, protection, and mercy. Be with us, Lord, as we venture out into the world and start this journey called life… lead us all, Lord, through the path that you intend for us to follow. We ask that you will continually watch over us because we need you now more than ever and help us, Lord, with any future endeavors that we may face. Because we know with you all things are possible. We thank you for all the teachers, parents, and administrators who [got] us through our 12 years of school. We also pray for families of those who didn’t make it here to see this day, but remain in our hearts. Our final prayer, Lord, is that you grant us the serenity to accept the things we cannot change, the courage to change the things we can, and the wisdom to know the difference.

It was a relatively normal graduation and nothing (else) went awry. After graduation, a news anchor was waiting for Max to get a quote.

So far he’s been covered on WLTX and he was interviewed by WIStv in the evening. 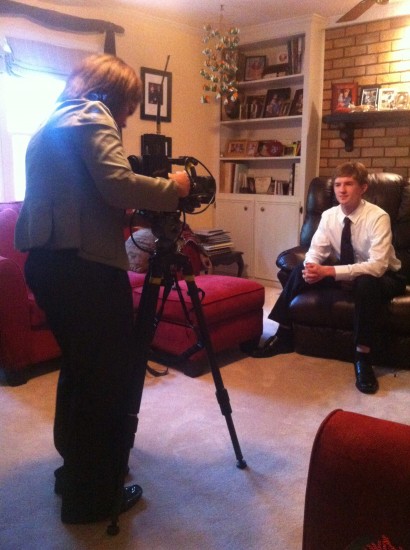 Overall it went about as expected for the day. Congratulations on graduating, Max! 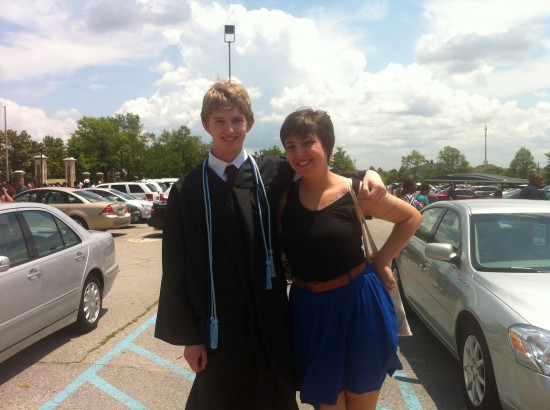