Zack Kopplin, the former high school student (now at Rice University), worked tirelessly to repeal the wrongly-named “Louisiana Science Education Act” — a bill which actually “encourages the state’s science teachers to miseducate their students about the scientific standing of evolution and climate change.” 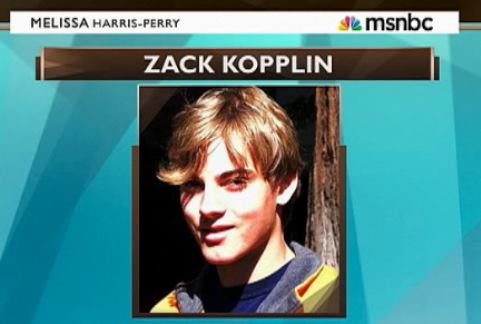 Even though his work didn’t lead to a repeal, he’s now at least getting recognized for his efforts. He’s one of four recipients of the Hugh M. Hefner First Amendment Award:

… the award was established in 1979 and is intended to “honor individuals who have made significant contributions in the vital effort to protect and enhance First Amendment rights for all Americans. The award winners, many of whom are unsung heroes, come from various walks of life.” Kopplin will receive a cash award of $5,000 and a commemorative plaque.

… and a trip to the Playboy Mansion for the reception. (For Science!)

May 30, 2012
Even in the Face of Tragedy, You Don't Have to Lose Your Ability to Reason
Next Post

May 30, 2012 What She Lost with an Atheist Husband
Browse Our Archives
What Are Your Thoughts?leave a comment