Doctors in the UK Can Be Fired For Not Doing Their Jobs! May 30, 2012 Jessica Bluemke

Doctors in the UK Can Be Fired For Not Doing Their Jobs!

Ah the good ole United Kingdom. Those crazy kids are at it again! 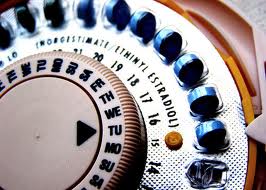 They are working on medical guidelines (PDF) that prevent doctors from discriminating against their patients!  Here is part of the new draft, and it looks nothing like what we’re used to seeing in America:

You may have a conscientious objection to providing contraception. However, you cannot be willing to provide married women with contraception but unwilling to prescribe it for unmarried women. This would be a breach of our guidance as you would be refusing to treat a particular group of patients (unmarried women) rather than refusing to provide a particular treatment (contraceptive medication). This would also be illegal under the Equality Act 2010 which prohibits discrimination on the grounds of marriage and civil partnership.

So you can’t discriminate against people, eh?  Well isn’t that novel.  Just like you can’t refuse treating a cancer patient because they were a smoker, or an athlete with a blown knee because “What were you doing all of that running around for in the first place?!”

The new guidelines do still allow for a doctor to opt out of “providing a particular procedure because of your personal beliefs and values” but even that has a big fat asterisk next to it with the following footnote:

*The exception to this is gender reassignment since this procedure is only sought by a particular group of patients (and cannot therefore be subject to a conscientious objection — see paragraph 5). This position is supported by the Equality Act 2010 which prohibits discrimination on the grounds of gender reassignment.

So what the UK is going for, in laymen’s terms, is that doctors can opt out of performing a procedure, as long as it’s across the board.  If you prescribe birth control to one, then birth control for all!

The guideline also warns that “Serious or persistent failure to follow this guidance will put your registration at risk.”

Now, everyone hold on to your hats, cause the Catholics are — wait for it — pissed off!

… Bishop Tom Williams of the Archdiocese of Liverpool warned that the guidelines were in fact discriminating against ‘certain groups of doctors.’ He said they risked creating an ‘atmosphere of fear’ in which doctors would be ‘prohibited from ever expressing their own religion’. Dr Peter Saunders, chief executive of the Christian Medical Fellowship and a former surgeon, warned that the guidelines were yet another example of ‘legislation being used to marginalise Christian health professionals in Britain.’ He said: ‘The problem is that 21st century British medicine now involves practices which many doctors regard as unethical.’

Look, I understand that people take their morals and faith very seriously.  But it’s not like people just started using contraception yesterday.  If you’re under 50, the pill has been around your entire life. You have to be pretty smart to be a doctor — they had to have seen this issue coming, right?

On the birth control and abortion issues, the guidelines still do allow for a doctor to opt out all together, as long as the patient is set up with another doctor and the doctor’s ability to opt out doesn’t “obstruct patients from accessing services or leave them with nowhere to turn.”

It would be lovely if we could all pick and choose the parts of our job that we would or won’t do.  I used to wait tables for years and I worked with several vegetarians.  If their customer ordered a steak, they had to bring it out. If they said to their manager, “I have a fundamental moral issue with the consumption of meat and I will under no circumstances order up and carry out a steak!” then guess what happened?  Out on the street with them.

Is it a perfect metaphor?  Maybe not. But I just won’t hear of people crying foul because they feel like they are being treated unfairly when, in fact, they are being held to the same standards of any other medical professional.  No one would entertain a Jehovah’s Witness doctor who refused to perform blood transfusions. Sometimes blood transfusions are part of the gig.

In short, I think that we as a culture have decided what the collective thinks is moral, for better or worse.  Murder?  Immoral.  The Pill?  Moral. Those are the laws we have decided to live with.  No matter what your book says, if you want to play the game, play by everyone’s rules.

These new guidelines are still in the draft phase and the General Medical Council is still taking notes, so any British doctors, contact your GMC and support the changes!