‘God is Working’ on Getting Gays to Heaven May 29, 2012 Jessica Bluemke

‘God is Working’ on Getting Gays to Heaven

There are a few things that I really get riled up about when it comes to religion.

You know the obvious ones: priests molesting little kids, the Vatican covering it up, honor killings… But, for some reason, the whole “Pray the Gay Away” movement has always struck a real chord with me.  Maybe it’s because I have several friends who have struggled with acceptance after coming out of the closet and it hits close to home.  Maybe it’s because I think it’s fundamentally messed up to tell someone that their loving god planted “unnatural desires” into them only to then punish them for those very desires.  Regardless, few things make me less comfortable than witnessing the self-loathing that goes along with being violently shoved back into the closet.

And then I found this video.

Watching this video made me do that thing where I laugh because I was so so so uncomfortable that I didn’t know how else to react. Go ahead. Watch it. You’ll squirm:

It features Jesse Connors power-walking around the room becoming increasingly frantic as he discusses his new website TrueLife.org and his struggles with homosexuality.  He showcases a video featuring the late Jonathan Ervin saying, “Maybe you are attracted to men like I am… and you wonder if God loves you.” My personal favorite bit is when Connors describes the rest of the video:

Alright… pause it. We don’t have enough time to go through the whole thing but I promise you if you watch it, you’re are going to love it.  Here’s the cool thing right now, okay?  It goes… through atheism first how atheism can’t–’cause homosexuals are like, “Oh, atheism.”

I was feeling a little masochistic so I watched Mr. Ervin’s video.  It sure did start off addressing atheism.  His guest, Dr. Will Honeycutt (real name), sure gave me something to think about.

… but for our discussion, consider something we can all relate to: Our Earth.  A ball in the sky spinning at a thousand miles an hour.  Now, the movement of this huge mass is so precise, we set our watches by it!  All of this is beyond remarkable and beyond chance.

Yes, Dr. Honeycutt.  The only answer for this precision is G to the O to the D. Hand the man his Nobel Prize!

And Professor Darren Wu weighed in with this enlightening information:

That’s so funny because I was just talking to my atheist friend about how hopeless my life was and the lack of moral structure in the world.  Thank goodness I found YouTube!

And then this happened to lighten my mood: 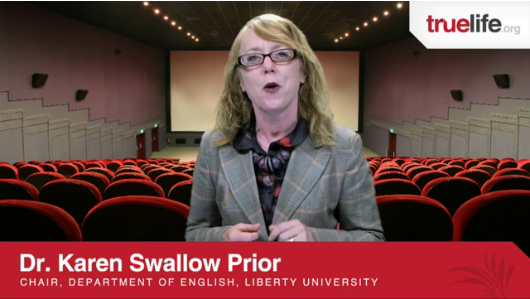 She said that, as an English Department Chair, she knew that the Bible was factual.  That’s funny… I was a literature major and I don’t remember my professor telling me that Moby Dick was infallible.

So these characters made their compelling arguments for a loving god, calling the Bible “the most trustworthy book of all time” and saying that “God establishes boundaries for us because he loves us.”  Oh, also, Ervin is thankful for his AIDS.  It brought him back to Jesus.  Healthy world views all around.

And then there was the part that made me so uncomfortable I couldn’t look directly at the screen like some sort of closeted eclipse.  On the verge of a breakdown, Connors says:

You learn in this video that Jonathan is dying of AIDS.  He died of AIDS in February.  I found him.  He’s dead.  But he’s in heaven.  And other homosexuals need to go to heaven too… We had 50 churches last year.  Now we have 623.  God is working!  It’s not me!

I cannot imagine living the life that these men promote.  They openly acknowledge that they have same-sex attractions and shove those emotions down so deep because they sincerely believe that to cave into temptation is a one-way ticket to hell.

They think their god shows his love by messing with them.  And they want you to feel the love too!  We all can be as emotionally unhinged as this!

May 29, 2012
A Former Atheist-in-the-Pulpit Delivers a Sermon
Next Post