Jerry Coyne has published a new paper in the journal Evolution about… well… take a guess.

More specifically, it’s about “Science, Religion, and Society: The Problem of Evolution in America.”

These graphs tell a much larger story (click to enlarge): 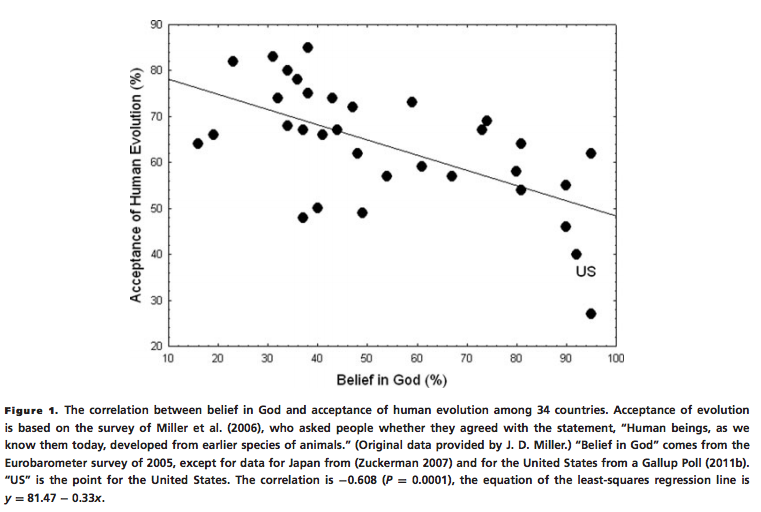 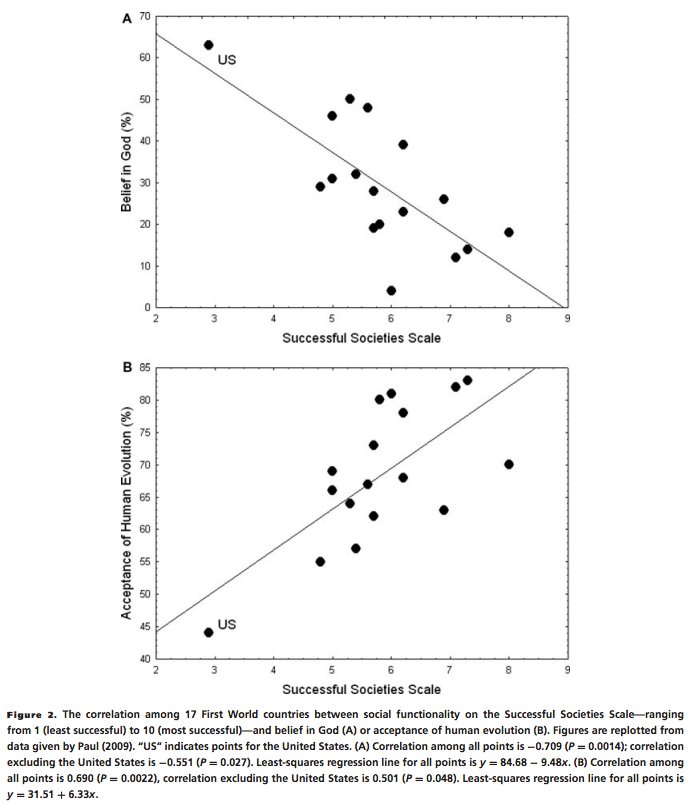 Coyne also has a message for science organizations:

… when scientific organizations argue for the compatibility of religion and evolution, or of religion and science in general, they are engaged not in science or philosophy but in theology. That is because accommodationism endorses a particular form of religion — a liberal faith that sees scripture as almost entirely metaphorical. Such a viewpoint marginalizes the many forms of religion whose opposition to evolution is based on stricter adherence to scripture and dogma, as well as those religions, like Catholicism, that endorse a form of Godguided evolution. Scientific organizations should follow the lead of the Society for the Study of Evolution in maintaining strict neutrality toward faith, avoiding any statement about whether religion is compatible or incompatible with science. When we make official statements about the need to teach evolution, let us stick to our expertise — the science — and leave theology to the theologians.

There really is no way to reconcile science and faith without stretching one of them far beyond its intended definition.