Pastor Calls For Electrified Fence To Corral and Exterminate Gays May 24, 2012 Jessica Bluemke

Pastor Calls For Electrified Fence To Corral and Exterminate Gays

First of all, this is neither made up, nor is it an Onion article.  I checked.  Twice.

On May 13th, congregants of Providence Road Baptist Church in Maiden, NC were treated this heart-warming sermon by Pastor Charles Worley :

I… figured a way to get rid of all the lesbians and queers, but I couldn’t get it past the Congress.  Build a great big large fence, hundred… fifty or a hundred-mile long.  Put all the lesbians in there.  Fly over and drop some food.  Do the same thing with the queers and the homosexuals.  And have that fence electrified till they can’t get out.  Feed ’em and… and you know what, in a few years they’ll die out.  D’you know why? They can’t reproduce.  If a man ever has a young’n, praise god it will be the first one.

God have mercy, it makes me pukin’ sick to think about… I don’t even whether you ought to say this in the pulpit or not… can you imagine kissing some man?

The thing is, this is so very silly sounding that I forgot to be angry or horrified.

I would like to take a moment  to go through the pastor’s Master Plan to rid the world of the lesbians and queers and homosexuals. 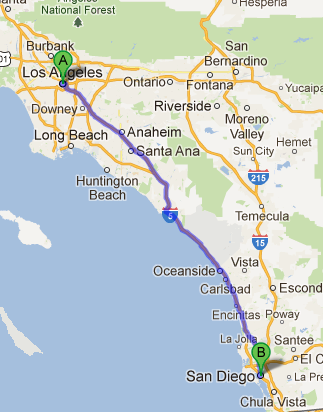 I’m not sure what good a hundred-mile long fence would do anyone.  This isn’t The Ming Dynasty , after all. How high is this fence? Couldn’t the gays and lesbians just jump over it? Couldn’t they walk around it at the edge? Someone hasn’t thought this completely through…

But lets give the pastor the benefit of the doubt — say he meant a hundred mile circumference.  I’m not going to go into how he expects to round up all of the gay people in the US.  But here comes my favorite part of the plan.  So we’re putting all of the lesbians in one pen.  And then… all the queers and homosexuals in another? Someone is not down with the lingo.

But again, benefit of the doubt.  Gay guys in one pen, lesbians in another.

Electrify the fence so they can’t get out, and then wait for them to just die off. Because, you know, they can’t procreate.  Because they’re gay.  GET IT?!

I don’t really get why he wants to separate the men and women.  I feel like his point would be proven even better if they were all in one pen. Men and women together but they don’t want to reproduce with each other because they’re gay. (GET IT?!)

Water, water, everywhere, but not a drop to drink… Oh the irony!

What you *meant* to say was that we should put gays and lesbians in one 100-mile circumference, closed-off, really tall, electric fence, without any food, so they can all die off in a few days. Can I get an amen to that?!

Hey Pastor Worley. You know what makes me “pukin’ sick”?

May 24, 2012
Secular Students of the Military: The Naval Academy
Next Post