A Response to ‘Five Reasons Christians Should Continue to Oppose Gay Marriage’ May 13, 2012 Hemant Mehta

We’re at a point when even a notable Republican pollster is warning the party that it’s to their own detriment to fight equal rights for gay people. You would think Christian groups would come around to that way of thinking eventually, too, but that may take another generation or two. Most Christian leaders refuse to accept the fact that gay people just aren’t a problem for most people, including younger Christians.

The Illinois Family Institute, a SPLC-certified hate group, offers five reasons Christians should continue to fight against gay marriage (written by Kevin DeYoung of The Gospel Coalition). When you read their list, it’s clear they’re out of ideas. They know they’re fighting a losing battle, and they’re clinging to whatever bigotry might still go unchallenged by their members: 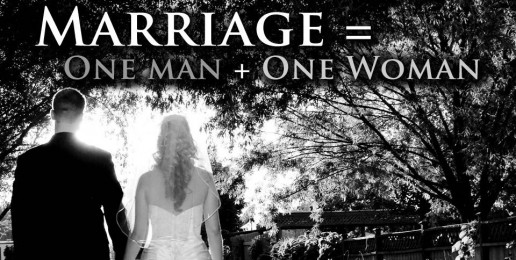 1. Every time the issue of gay marriage has been put to a vote by the people, the people have voted to uphold traditional marriage.

As if civil rights should be up for a vote…

Even if gay marriage bans have passed in several states so far, it won’t happen much longer. The tides are turning. Eventually, equality will prevail, the bans will be overturned, and then this argument will become useless. What will they do when acceptance of marriage equality becomes an overwhelming majority and not just a slim one?

2. The promotion and legal recognition of homosexual unions is not in the interest of the common good. That may sound benighted, if not bigoted. But we must say it in love: codifying the indistinguishability of gender will not make for the “peace of the city.” It rubs against the grain of the universe, and when you rub against the grain of divine design you’re bound to get splinters.

Aww… they’re trying to turn their bigotry into poetry. Isn’t that sweet of them.

Besides the fact that there’s no “divine design,” accepting gay marriage (and even civil unions) would result in more committed couples, more couples willing to adopt kids who need homes, stronger families, etc. Obviously, it doesn’t hurt straight families in the least bit. It would be good for everyone… except the organizations that exist solely to prevent equality from happening.

3. Marriage is not simply the term we use to describe those relationships most precious to us. The word means something and has meant something throughout history… What’s more, as Christians we understand that the great mystery of marriage can never be captured between a relationship of Christ and Christ or church and church.

Ah, the “definition” of marriage argument. Look, marriage used to be all about property. It used to be allowed only between people of the same skin color. It used to be (and in some places still is) decided by the parents and not the people getting married. Definitions change over time and marriage certainly hasn’t meant the same thing “throughout history.” If anything, definitions get more accurate over time and it’s about time we changed this one.

Oh… and regarding relationships between “church and church,” it turns out churches merge all the time 🙂

4. Allowing for the legalization of gay marriage further normalizes what was until very recently, and still should be, considered deviant behavior.

There’s a reason homosexuality stopped being viewed as a mental illness: It wasn’t one. The American Psychiatric Association and the American Psychological Association finally accepted that in the 1970s. But what do they know? They’re only professionals who work with real disorders on a daily basis.

5. We are naive if we think a laissez faire compromise would be enjoyed by all if only the conservative Christians would stop being so dogmatic.

The idea here is that it wouldn’t be enough if conservative Christians stopped putting up a fight; the victory for gay-rights advocates will only occur when people accept same-sex marriage instead of merely tolerating it.

While that would be great, I don’t really care what conservative Christians believe about gay people. I want them to stop getting in the way of civil rights legislation, but if they refuse to perform gay marriages, fine. If they want to ban gay people from their churches, fine. If they want to put up a sign that says “black people can’t take communion,” that’s their business. No one’s forcing them to be accepting and loving of all people. That sort of behavior is reserved for liberals and Jesus, I guess.

Obviously, there are many Christians who don’t buy into the hate.

They’re upset that older members of their church (or younger, more conservative Christians) can’t get over their homophobia.

They know that even the more liberal Christians who claim to “love” gay people and want to “apologize” for the wrongs done to gay people in the name of Christians would still vote against gay marriage and still believe homosexuality is a sin.

But if those Christians who support same-sex marriage want to make the change happen faster, it begins by calling out pastors and Christian groups who oppose it for awful reasons — like the Illinois Family Institute and all the other groups like it. By name and often.

Don’t stay silent. And if your church doesn’t get it, get out of there and take other people with you.