No lawsuits. No fights. Just a basic petition.

That’s what the Winnipeg Secularists (in Canada) are offering to their local city council in an effort to stop the prayers read before every meeting: 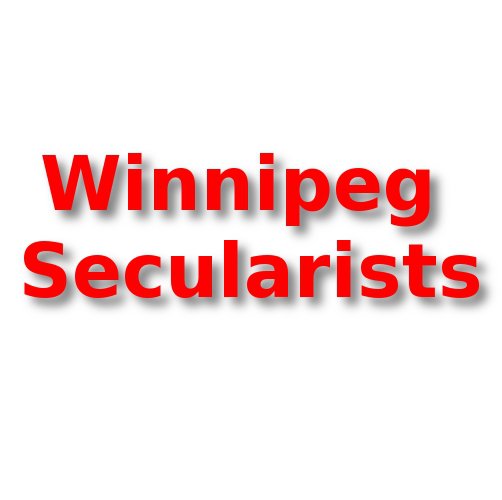 About 300 people have signed a petition delivered to city hall on Wednesday that calls on councillors to eliminate religious exercises at meetings.

Robert McGregor, a member of the Winnipeg Secularists, said he launched the petition after he attended a recent council meeting and was asked to stand for a prayer.

“As someone who is not Christian and who’s non-religious, I felt fairly uncomfortable in that situation,” McGregor told CBC News on Wednesday.

“I thought I was there for a city council meeting, not a church service.”

So far, the only thing city council representatives are responding with is the usual, “But it’s tradition!”

There’s a poll at the CBC website asking whether the prayer should be removed. Go nudge it in the right direction: 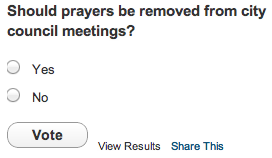 May 11, 2012
Catholic School: We Forfeit the State Championship because There's a Girl on the Other Team
Next Post