This is a big deal.

The Freedom From Religion Foundation just won a legal battle against the former and current governors of Colorado regarding their proclamations in support of the Day of Prayer. 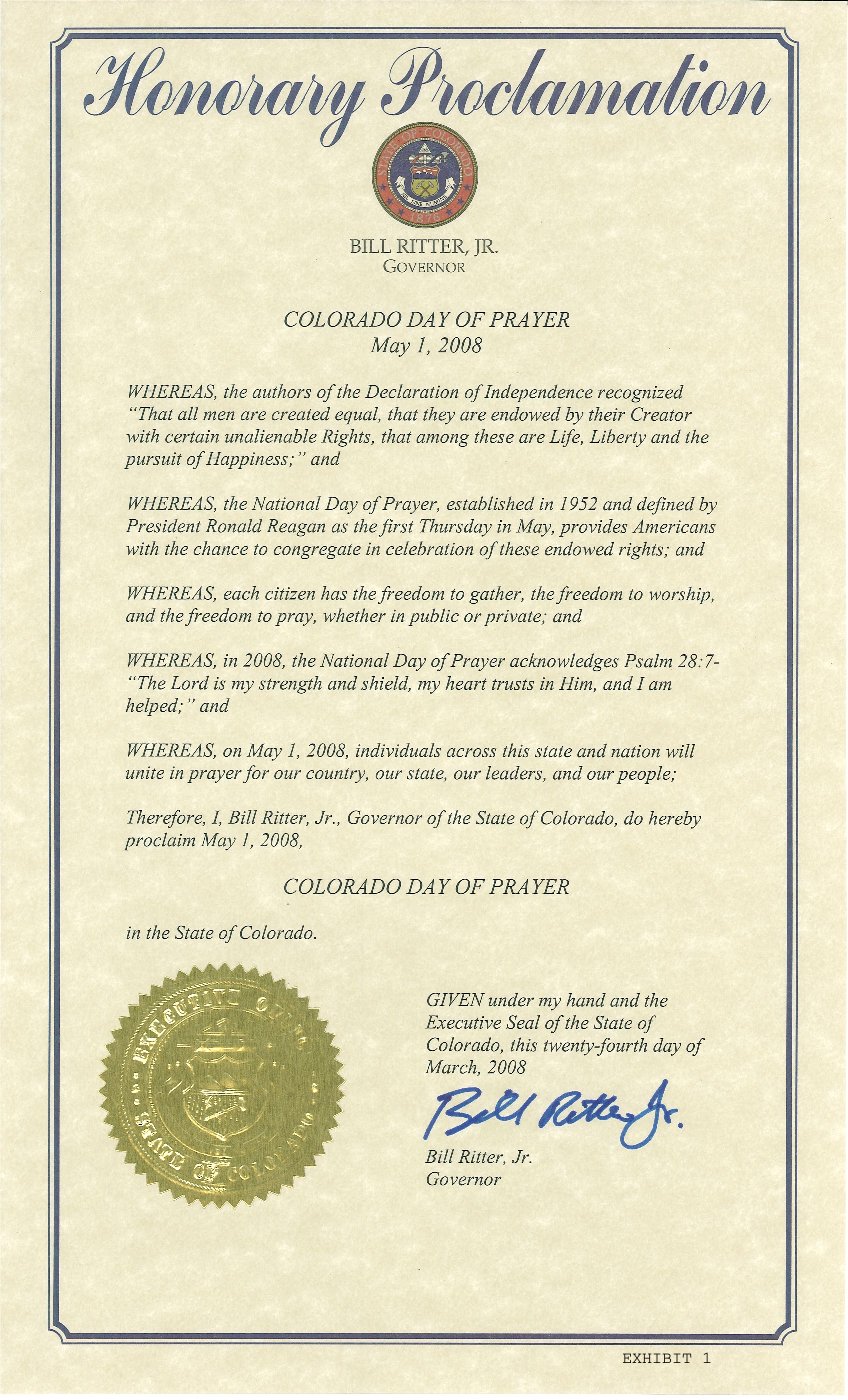 A reasonable observer would conclude that these proclamations send the message that those who pray are favored members of Colorado’s political community, and that those who do not pray do not enjoy that favored status.

… the six Colorado Day of Prayer proclamations [2004-09] at issue here are governmental conduct that violate the Preference Clause [of the Religious Freedom section of Colorado’s Constitution]… [The content is] predominantly religious; they lack a secular context; and their effect is government endorsement of religion as preferred over nonreligion.

In short: We know you’re using your role as governor to endorse belief in god and you can’t do that.

The FFRF litigants wanted previous Colorado Day of Prayer proclamations declared unconstitutional and they want to prevent further proclamations from being issued. Initially, a judge said FFRF had the right to sue on behalf of Colorado taxpayers but the governor wasn’t doing anything illegal.

There, the judges said FFRF still has the right to sue.

The Governor’s people didn’t want to address the Constitutionality of the proclamations — they just said it was a part of state history. But the court said that was a lie:

There [was] no indication in the record that, at the time of Colorado’s founding or at any time before 2004, Colorado’s governors had an annual tradition of proclaiming, separately from Thanksgiving, a Colorado Day of Prayer.

Furthermore, they said, it’s not a secularized day, like Christmas or Thanksgiving. It’s “avowedly religious.” The court then said “we conclude that the six Colorado Day of Prayer proclamations have predominantly religious content.”

So what would a reasonable observer think about the proclamations?

The court had an answer:

Looking through the eyes of a reasonable observer, we conclude that the Colorado Day of Prayer proclamations at issue here have the primary or principal effect of endorsing religious beliefs because they “convey[] or attempt[] to convey a message that religion or a particular religious belief is favored or preferred.”

As a result of the ruling, all six of the Day of Prayer proclamations from 2004-2009 have been ruled unconstitutional. Whether the governor can issue proclamations in the future is still up in the air — they’ll figure that out next.

So will this affect the National Day of Prayer? Nope. That’s a separate issue.

FFRF’s litigation attorney Richard L. Bolton gets the credit for making this happen, as do the Colorado taxpayers who sued in the first place: Mike Smith, David Habecker, Timothy G. Bailey and Jeff Baysinger.

May 10, 2012
We Are Stardust in the Highest Exalted Way
Next Post