A Message From Lori Lipman Brown to Edwina Rogers May 10, 2012 Hemant Mehta

A Message From Lori Lipman Brown to Edwina Rogers

When the Secular Coalition for America opened for business in September of 2005, it was led by Lori Lipman Brown, a former state senator from Nevada who managed the SCA and lobbied Congress until she left the organization in January of 2009.

(Lori was also hilariously interviewed by Stephen Colbert in a “Better Know a Lobby” segment.) 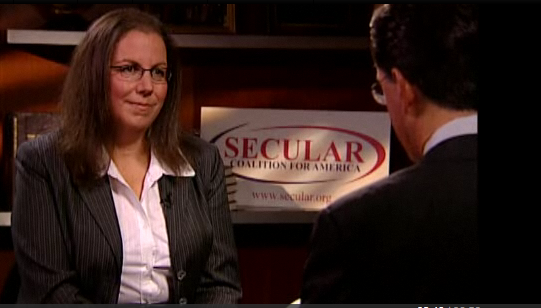 With Edwina Rogers taking the helm of the organization, I asked Lori what the thought of the new appointment — especially in light of all the ensuing controversy — and this is what she told me:

I wish the new Executive Director success as she leads the Secular Coalition for America. It is important that the person speaking to members of Congress and their staffs has good skills for the Hill. This is more important than party affiliation. While I may find it difficult to imagine working for some of her previous employers, given their theocratic views on our issues, it is my understanding that Ms. Rogers specialized in health care and economic issues when she worked for them, not church/state separation or the treatment of nontheistic Americans. Hopefully, she will bring a strong voice for OUR issues. It is also important to recognize that it may take a few weeks for the new person to become fully versed on the current issues on the table. I recall that I learned much from our partners in allied coalitions during my first few weeks. Time will tell, but I’m always hopeful that our movement will succeed.

Lori added that she’s aware that there can be overlap between health care/economic issues and nontheistic issues, but hopefully, Rogers’ focus was not on things like “pushing public money to churches or denying access to prescriptions based on religious belief of pharmacists.”

May 10, 2012
Judge to School District: Let's Cut the Ten Commandments Down to Six
Next Post

May 10, 2012 Another 'Teen Mom' Reveals Her Atheism
Browse Our Archives
What Are Your Thoughts?leave a comment