Tomorrow, people of North Carolina will have a chance to vote on Amendment 1 — an awful bill that would not only deny same-sex marriage, but also civil unions… which also could imperil “some children’s health insurance benefits, along with child custody arrangements and safeguards against domestic violence” (according to the New York Times).

Please vote against Amendment 1 and urge your friends and family members to do so. It would be irresponsible of you not to. We know most Christians aren’t capable of doing the right thing, so the burden is on us. 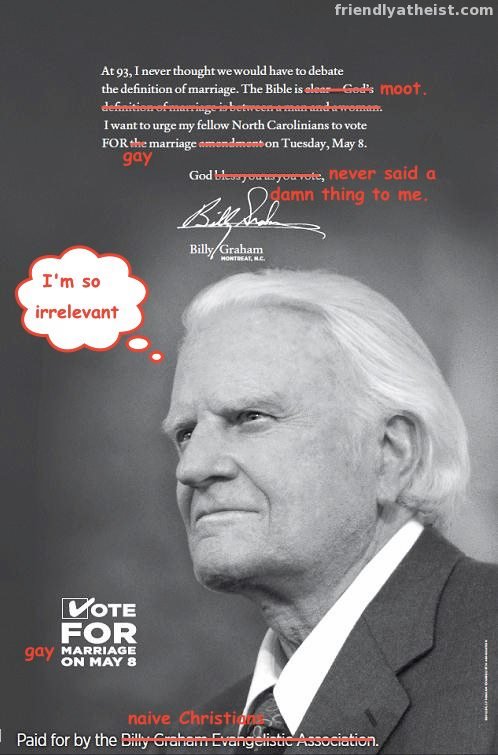 ***Update***: There are some religious groups urging people to vote against the amendment and you can check them out here and here. If only the more prominent Christian “leaders” would follow in their footsteps. (Thanks to Mike for the links!)

May 7, 2012
Bradford County, Florida Is About to Get Hit with a Lawsuit
Next Post