I am in the middle of a riotous love affair with the television show Intervention. The affair happened quickly, mostly out of boredom and, out of the chronically bizarre array of options on Netflix streaming, it received a resounding “whatever… good enough” before hitting the “play” button. Reality shows are not usually my cup of tea, and I had my reservations about a reality series’ ability to not sensationalize an already difficult and too-often misunderstood reality of addiction, but I found myself unable to tear away from the absolutely absorbing human-ness of the stories. 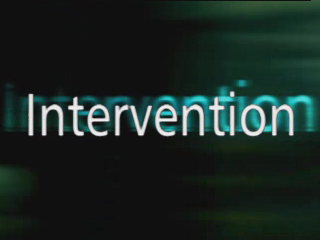 What is both fascinating and eerie is the familiarity of the show — the casual nature of the camera operators, the mundane appearance of some of the participants. It could be anyone — a cousin, an old school teacher, a politician. It could be you. While I’m as much a fan of fluffy entertainment as the next, and have more than my fair share of guilty pleasures, I appreciate the questions that the show raises; perhaps, maybe, just a little, it’s made me a tiny bit more empathetic to struggles we demonize and attempt to make invisible.

Although I devoured several seasons of Intervention, I never considered that I might one day be the recipient of just such a conversation.

It’s not because I have any addictions. Not for methamphetamine or cocaine or alcohol or speed or marijuana or shopping or lying. Not for disorders like bulimia or anorexia or depression. Not for behavioral tendencies like violence or rage or deceit.

But I am an atheist, and a relatively recently-minted one at that. And for Christian households with a certain kind of doctrinal belief, an atheist child is crisis on the order of addiction — with imminent, dire consequences. And, unfortunately, you can’t get much more conspicuous than contributing to a public, self-identified atheist website. Really, I ought to have seen it coming.

All told, my personal “intervention” wasn’t nearly as emotionally wrought as many shown in said television show. There weren’t cameras or lights or sound techs. There wasn’t an “intervention specialist” or trained psychologist present. There was no threat of 90-day rehabilitation programs for my atheist-writing-addiction.

But there were some uncanny parallels. Because my family assumed I would only visit them under false pretenses, I was deliberately lied to, and despite a tight budget and precious little free time, my husband and I made the 3-hour long trip to meet with my folks at their request. I was bullied and bribed in an attempt to force me to stop writing publicly, and was so dumbfounded at the offer of “double what you make with the website” to stop writing that I couldn’t muster a cogent response. I was shamed and told I was being “disrespectful”; specifically, that it was particularly embarrassing for close Christian friends to discover my writing. I asked what some sort of compromise could be reached, where I could respect my folks’ beliefs while still doing what I want to do, and was shocked to confront glazed-over stares. Compromise was never even a possibility; it was a simple “you will stop doing X if you really respect my authority/beliefs/personal history/so on”.

When I inquired about the nature of the offense –- the specifics that had led to the need for an intervention in the first place –- I was met with dead air. The only offensive thing that had transpired was being an atheist in a very public forum, nothing more. I have encountered some tension and negativity at my newly-found godless identity (as well as many displays of grace, kindness, and good-natured curiosity), but the main issue is that PDAs (Public Displays of Atheism) are big no-nos. It’s improper to “fall away” from the church; it’s downright impudent to talk about it.

While it was painful to sit through that conversation in the first place, it was made even worse by the fact that it was from people very close to me, people whom I love very much. In most circumstances, a social sneak attack is pretty unorthodox; interventions frequently make the victims feel attacked, their trust violated, which is why interventions are reserved as last-ditch efforts in desperate situations. Most parents, I would think, would reserve interventions for their just-shy-of-a-quarter-century-old adult child for life-and-death situations, and not as a matter of course. Religious people, however, are willing to make exceptions.

There are lots of things that can potentially mess up priorities in family and friendships, but all too often religion rears its ugly head. Valuing human autonomy, intelligence, and communication gets utterly thrown out the window when someone’s eternal soul is on the line. That causes Christians to do very funny things sometimes, like stage interventions for totally-not-intervention-worthy causes instead of having an ongoing conversation. Or to preach and proselytize without the invitation to do so. Or disown or shun their own children if they don’t have “enough” of or the “right kind” of faith.

All of those activities carry a certain risk when it comes to social and interpersonal contexts; many of them require you to forego any kind of mutual respect that you might otherwise have had. All of them require that you make religious belief a higher priority than the relationships between human beings.

To my folks, I have an Amy Winehouse song with your name on it. I appreciate your (albeit confused) concern and good intentions, but know that the days of you being able to dictate what I can and cannot do without any regard for my own wishes is quite over. I mourned for a while and shed more than a few tears into more than a few pillows in frustration and anger. Now that the tear are gone, frustration and anger are fueling me.

For my part, I will continue writing for this site in the foreseeable future, now that I have dragged myself out of the disappointment and lack of inspiration resulting from the intervention. I want people to hear my story, if they want, and I want to offer a measure of comfort and community to a few people who may be experiencing similar things. I will try to be as courteous as possible, but your beliefs will no longer operate as a protective shield that I am not allowed to cross. I will not pretend that Christianity stops good people from doing bad things, and sometimes things in which you participate.

I may not have needed it, but your intervention has made me a stronger person, more principled, more self-assured, and not a whit more religious. In that sense, I thank you for reminding me how naked the Emperor really is.

May 7, 2012
Bill Lehto Is Sharing the Stories of Minnesotan Atheists
Next Post

May 7, 2012 Ask Richard: Should I Come Out to My Dying Father?
Browse Our Archives
What Are Your Thoughts?leave a comment