The Mayor of State College, Pennsylvania Also Issued a Day of Reason Proclamation! May 5, 2012 Hemant Mehta

The Mayor of State College, Pennsylvania Also Issued a Day of Reason Proclamation!

I’m a day late to this, but after pointing out that leaders of three cities and one state had issued proclamations about the Day of Reason, I heard that another mayor did the same thing (but didn’t get any publicity for it).

Elizabeth Goreham, the mayor of State College, Pennsylvania, issued a proclamation, too! 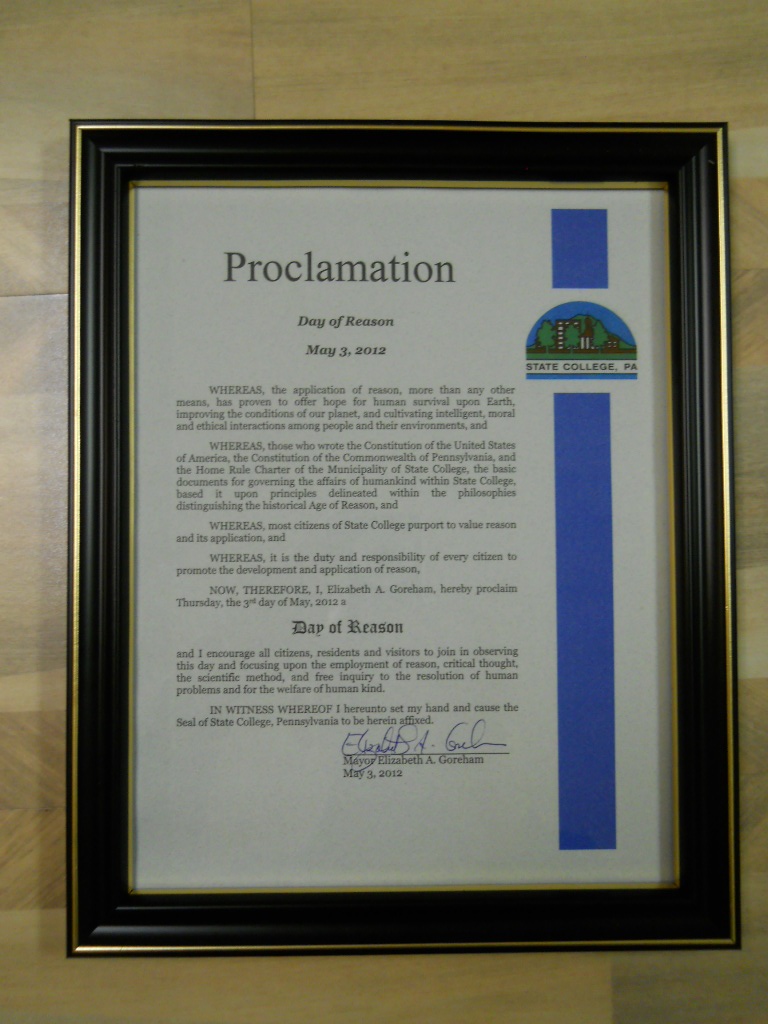 A portion of the text reads:

WHEREAS, the application of reason, more than any other means, has proven to offer hope for human survival upon Earth, improving the conditions of our planet, and cultivating intelligent, moral and ethical interactions among people and their environments, and

WHEREAS, most citizens of State College purport to value reason and its application, and

WHEREAS, it is the duty and responsibility of every citizen to promote the development and application of reason,

I love that one bit — “Whereas, most citizens… purport to value reason and its application…” It’d be funnier if it wasn’t so depressing. (How is it not “all citizens”?)

They even sent Mayor Goreham a thank you card signed by many of the groups’ members: 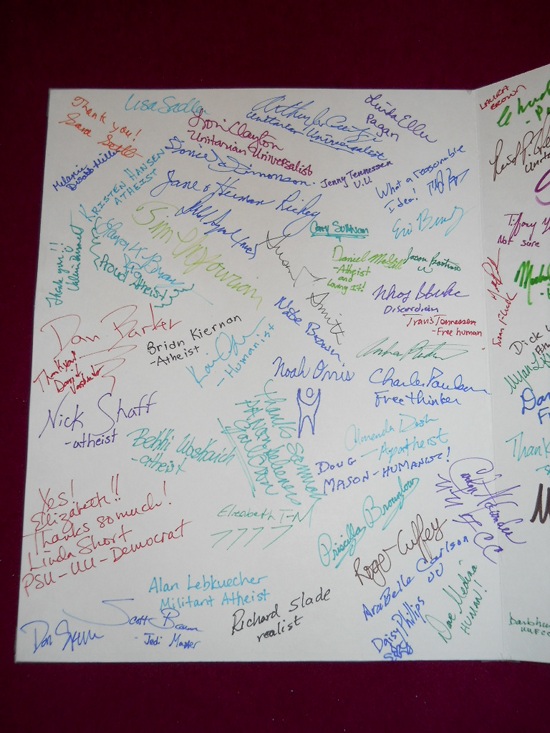 Moral of the story: It’s not hard to get your mayor to do this! Just ask them well in advance, copy the text from some of the other proclamations, and raise hell if they say no 🙂

(Thanks to Brian and Chuck for the link!)

May 5, 2012
nakedpastor: Church Then and Church Now
Next Post