Some Christians Mad because a Pastor Had an Opportunity to Bash Gay People and Didn’t Take It May 4, 2012 Hemant Mehta

I had to read this story a couple of times to make sure I had it right, but then I realized I wasn’t wrong the first time. I couldn’t believe Christians were upset about this.

Here’s the backstory: A husband and wife attended a place called North Point Church in Atlanta. They had a daughter together. At some point, the husband started having an affair with another married man. (Scandalous!) It was serious, too, and the men wanted to be together. Not only that, but they also wanted to attend the same church as the wife. That understandably made her upset. So the gay couple attended another North Point church in a different location. They even began volunteering there. During all this, the husband and wife got divorced. However, his partner’s divorce was not finalized. 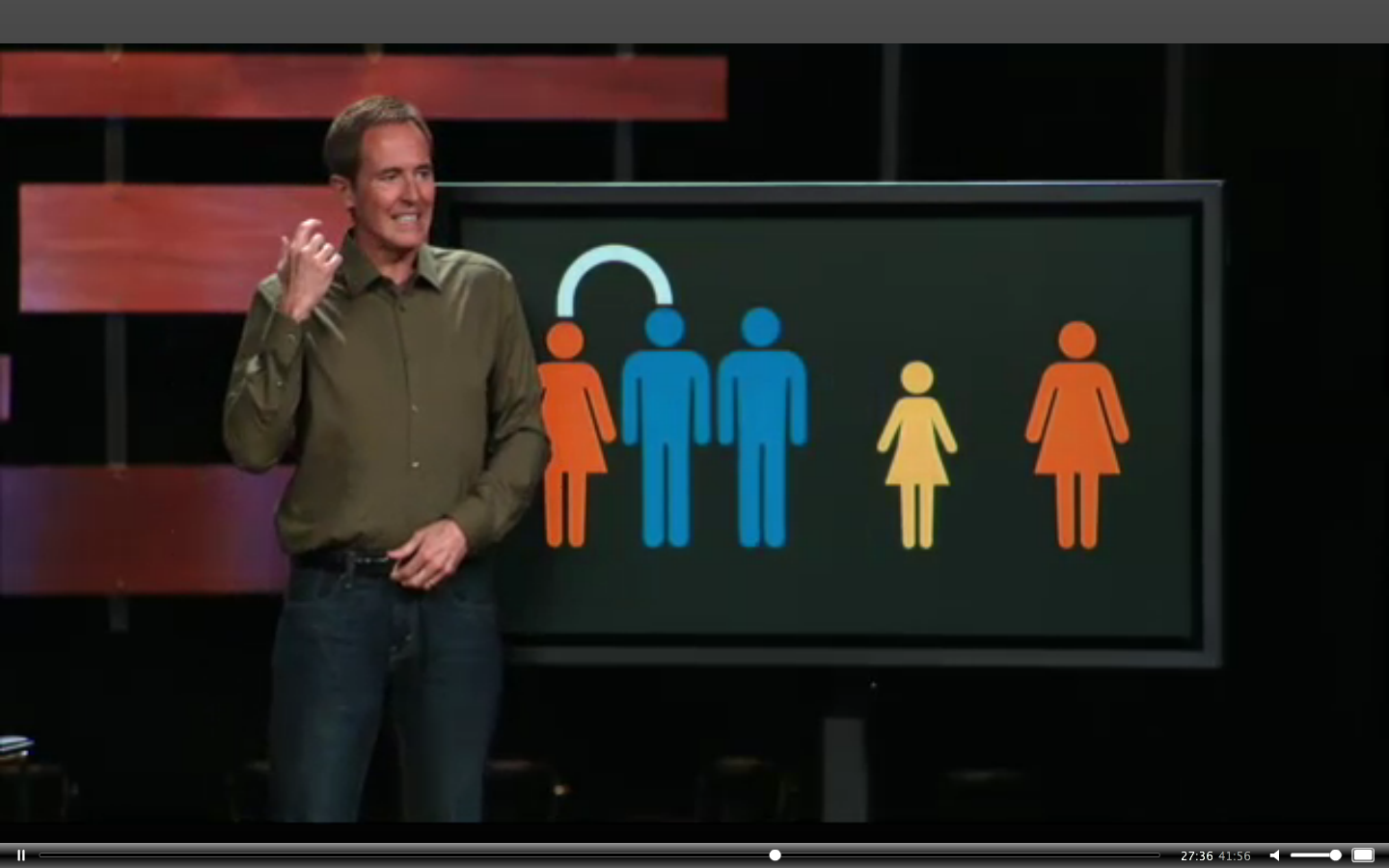 When North Point’s head pastor Andy Stanley found out about all this, he asked the men to step down from their posts. He could not condone the in-your-face adultery that was going on within his own church. The partner and his wife were still technically together, after all!

Some time passed. The wife began a new relationship. The gay couple was still together. All of them were very civil (even friendly) with each other. They now all attend the same church together. Isn’t that special…?

So why is any of this news?

Because Stanley told this story at his church a couple of weeks ago. And at no point in Stanley’s story did he mention that he ever told the couple, “YOU’RE GAY AND THAT’S A SIN!” How *dare* a pastor not use a perfectly good opportunity to bash gay people?!

The most puzzling and shocking part of the message was the illustration and the account of the homosexual couple, however. The inescapable impression left by the account was that the sin of concern was adultery, but not homosexuality. Stanley clearly and repeatedly stressed the sin of adultery, but then left the reality of the homosexual relationship between the two men unaddressed as sin. To the contrary, he seemed to normalize their relationship. They would be allowed to serve on the host team if both were divorced. The moral status of their relationship seemed to be questioned only in terms of adultery, with no moral judgment on their homosexuality.

“His message was troubling,” said Dennis Burk, professor of biblical studies at Boyce College. “It was ambiguous at best. It was a total capitulation to the spirit of the age at worst.”

“He mentions adultery as a sin,” Burk said. “But he never calls homosexuality a sin. When he issues the sanction from leadership, it’s only about adultery. That just sends a message.”

Yes, a message that you might be a little too tolerant…

Pastor Rick Warren was upset that Mohler questioned megachurches as a result of Stanley’s omission:

Christians talk all the time about hating the sin, but loving the sinners. Here’s we have some Christians getting upset because someone didn’t hate the sinners enough.

For what it’s worth, I’m sure Stanley’s still on the side of bigotry. The fact that he didn’t bring it up in this portion of his sermon is hardly tacit approval of homosexuality.

But how awful of a human being do you have to be to get upset at a pastor for not condemning others hard enough?

You can hear the relevant story from Stanley’s sermon starting at the 24:30 mark here.

May 4, 2012 They Can't Look Away...
Browse Our Archives
What Are Your Thoughts?leave a comment