Whenever there’s a list of Christians who are embarrassments to the “other” Christians, you see the same names over and over: Pat Robertson, Jerry Falwell, Mark Driscoll, James Dobson, Ted Haggard, etc…

Billy Graham is rarely on that list. Christians almost universally praise him. He sticks to the message, doesn’t play politics, isn’t controversial, etc.

Well, he’s spending the end of his life making sure bigotry is a part of his legacy.

His ministry plans to place this ad in 14 newspapers across North Carolina in anticipation of next week’s vote to ban gay marriage in the state: 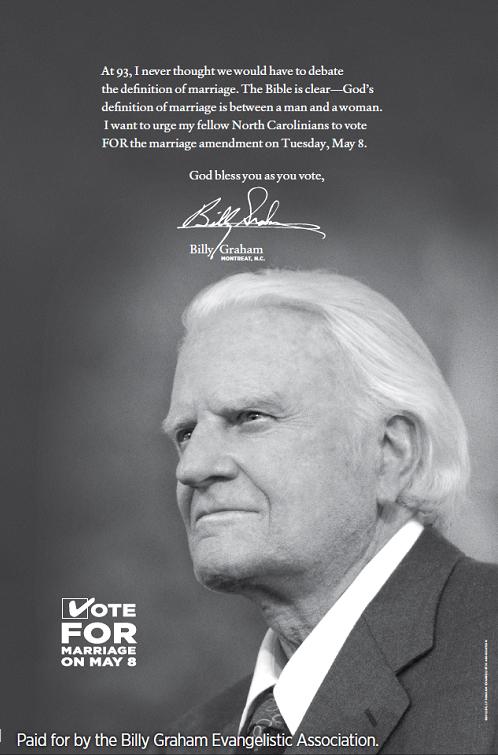 Remember that the next time someone brings up his name as an example of a “good Christian.” He’s no better than the other anti-gay crusaders out there.

May 3, 2012
Members of Congress, What Will You Do for Atheists?
Next Post