This is the way Sylvania, Alabama greets visitors to the town: 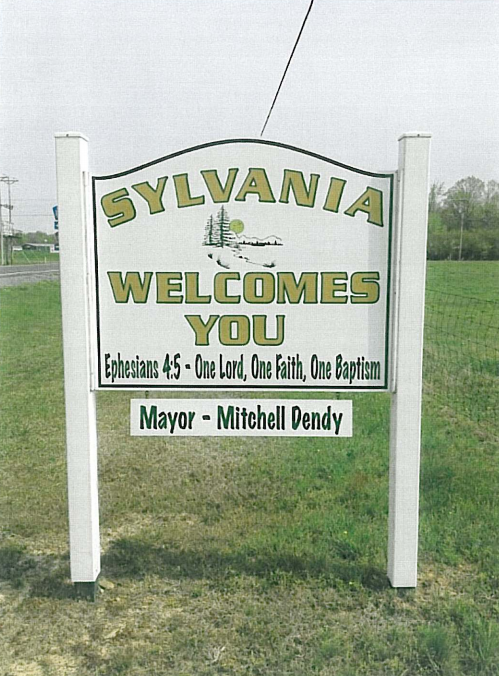 I don’t know, but four different signs use that same Biblical message to welcome people — and all four are illegal.

The signs are not even representative of the beliefs of all Christians. To some, the Epistle to the Ephesians is a fraud, as many biblical scholars have said that Paul of Tarsus did not write it.

And just like that, the Good News was received:

The Freedom From Religion Foundation has convinced the town of Sylvania, Ala., to remove four biblical welcome signs along heavily traveled city routes.

Sylvania officials have confirmed that the signs will come down today.

Wow. That’s all it took. No lawsuit. No angry words. Just a letter detailing the legal problems with the signs.

I’m sure that won’t stop local Christians from complaining that atheists are taking away rights they never even had in the first place, but it’s a victory nonetheless.

April 24, 2012 Creationist Don McLeroy Appears on Colbert Report
Browse Our Archives
What Are Your Thoughts?leave a comment