Catholic Bishop Compares Obama to Stalin and Hitler Before Telling Congregation Not to Vote for Him April 21, 2012 Hemant Mehta

Bishop Daniel R. Jenky said the following during a Mass at St. Mary’s Cathedral for the Diocese of Peoria (Illinois):

Hitler and Stalin, at their better moments, would just barely tolerate some churches remaining open, but would not tolerate any competition with the state in education, social services, and health care.

This fall, every practicing Catholic must vote, and must vote their Catholic consciences, or by the following fall our Catholic schools, our Catholic hospitals, our Catholic Newman Centers, all our public ministries — only excepting our church buildings –- could easily be shut down. Because no Catholic institution, under any circumstance, can ever cooperate with the [intrinsic] evil of killing innocent human life in the womb.

So… yeah… totally a sane guy and everything…

No doubt, though, there’s a connection between calling Obama “pro-abortion” and then telling the Congregation to vote against the “killing [of] innocent human life.” 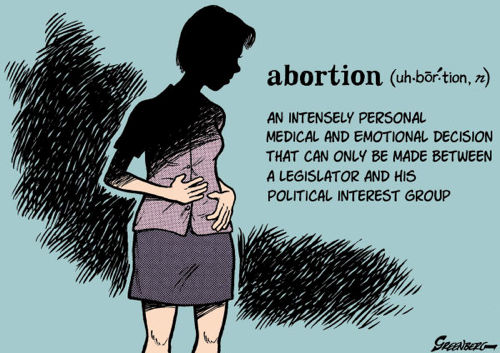 Americans United, in a brilliant move, is now asking the IRS to investigate the Church (PDF).

The implication is clear: Obama is engaged in acts so evil they follow the pattern of Hitler and Stalin, and faithful Catholics must vote against him. In fact, Jenky goes on to assert that the situation is so serious that a failure to vote against Obama could lead to Catholic institutions being closed.

To be sure, Jenky never utters the words, “Do not vote for Obama.” But the Internal Revenue Code makes it clear that statements need not be this explicit to run afoul of the law.

The IRS needs to be more pro-active about punishing Churches who don’t pay taxes but who feel they’re above the law and can tell the congregation how to vote.

If the Diocese of Peoria agrees to pay taxes, they can say whatever they want. Their relevance is fading, anyway, so I wouldn’t care if they did. But if they want special privileges other non-profit groups don’t get, they have to forego their tax-exempt status.

Or, you know, the Catholic Church could do something more useful.

April 21, 2012 A Review of Alain de Botton's Religion for Atheists
Browse Our Archives
What Are Your Thoughts?leave a comment