As that image made the rounds on r/atheism yesterday, I wanted to know the story behind it — When did the sign go up? What has the reaction been?

HJ Hornbeck, the leader of the University of Calgary Freethinkers, was kind enough to fill me in.

The idea sprang from a religious poster on campus reading, “Waiting for a sign?” Clearly, it demanded a response. So HJ (with the group’s approval) started creating signs like these: 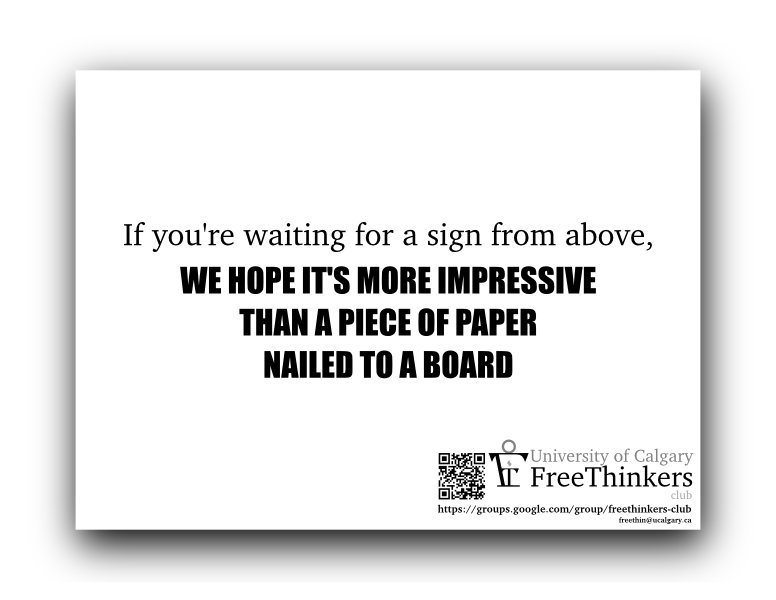 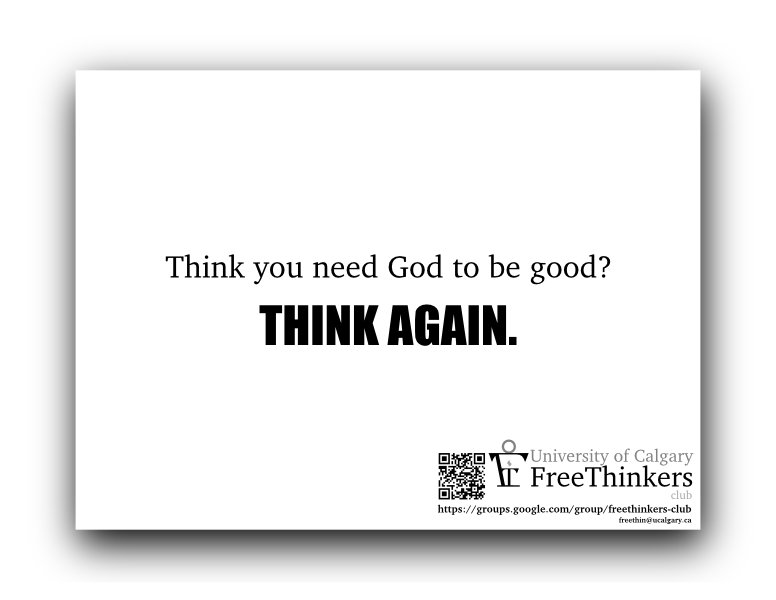 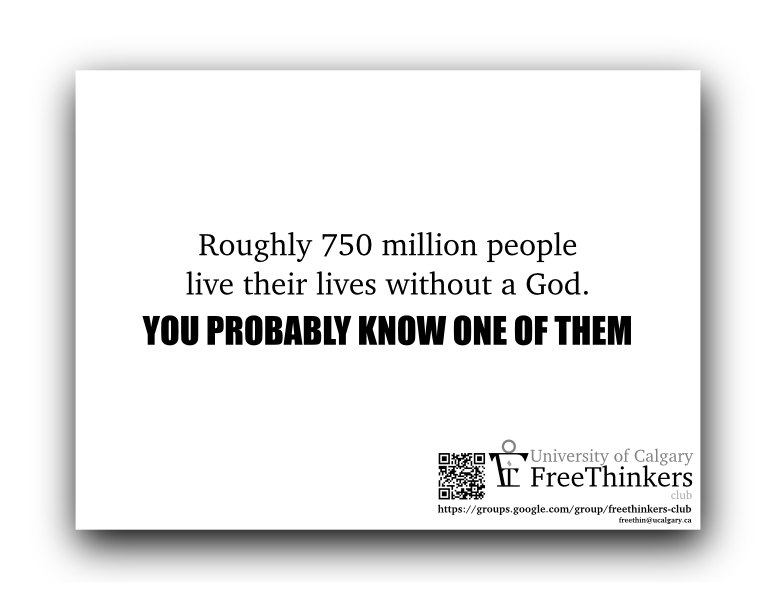 The idea for the poster that ended up on Reddit came from a past president of the group, who found it on a page of atheist quotes. So the attribution isn’t quite clear. Still, the response has been very positive. 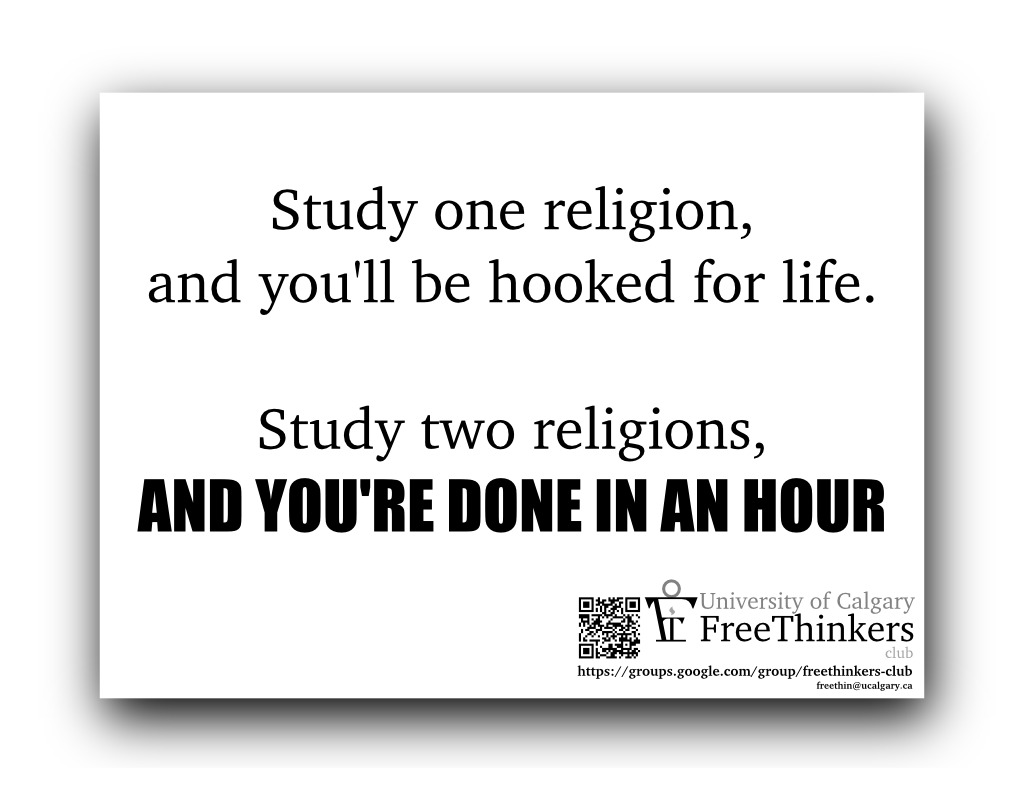 We’ve pulled in a few members just due to those posters. I haven’t seen any graffiti covering them, and their lifespan has ranged from 1 hour to 8 months, depending on location. Yes, Alberta may have a rep as the Texas of the North, but we’re also the second-most secular province in the country, so a non-religious message on the campus of a large city doesn’t see much harassment.

There was one exception, though…

Back in January, every poster I stapled up in one location would reliably get torn down within two days, and sometimes within the hour! I automatically fired one back up in its place, and for nearly two months the mystery vandal and I settled into the same routine: tear down, put up, tear down, put up. Finally getting bored of the cycle, I decided to have some fun with them. I crafted a new poster, printed a single copy, cut it down so it was slightly smaller than our usual posters, then stapled it up extra-securely underneath one of our own. 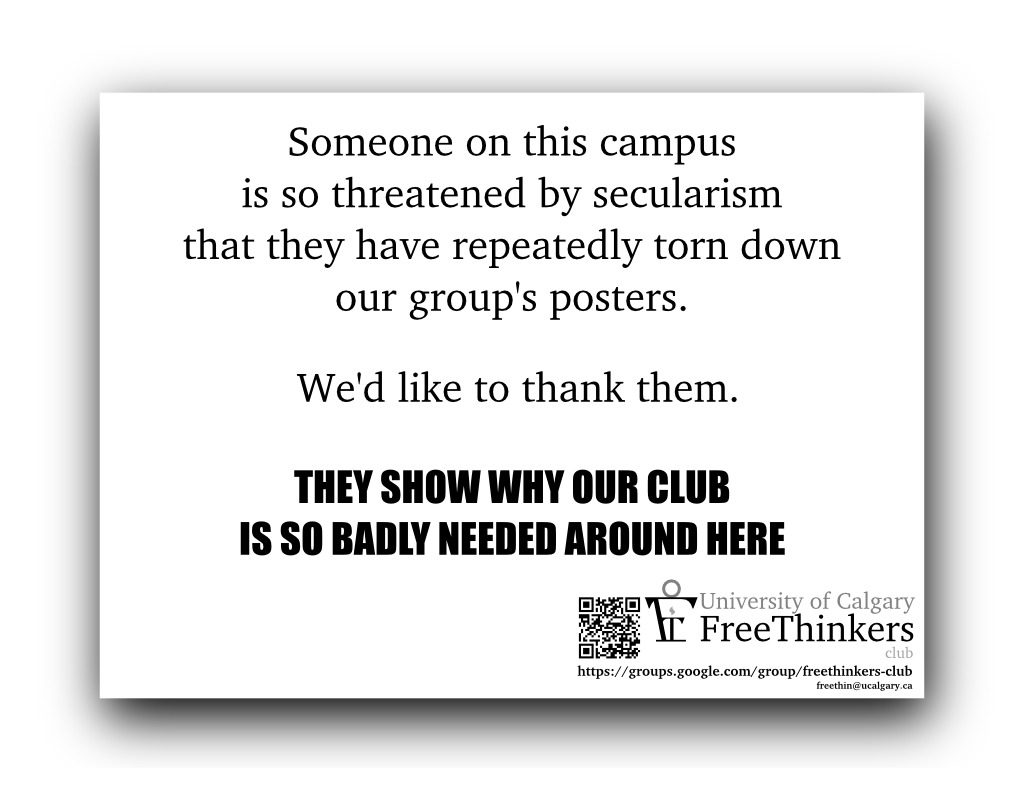 It seemed to work! Until the mystery vandal began *covering* that poster with a different one, only to have RJ uncover it… and so it goes.

Despite the setback, it’s good to see a clever poster getting the attention it deserves.

April 20, 2012 Another Inoffensive Atheist Billboard... This Time, With Kittens
Browse Our Archives
What Are Your Thoughts?leave a comment