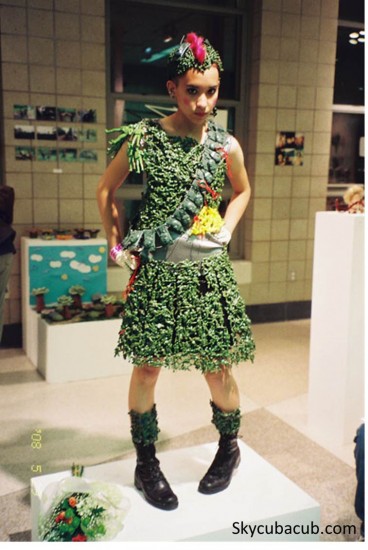 The Army is planning some new ultra-conservative appearance regulations that might have more to do with traditional values than the needs of the Army. There are approximately 17 proposed changes that will severely limit tattoos, nail polish, and facial-hair regulations, even during off-duty time.

Changes may have the effect of increasing pressure on gay and lesbian service members who may not dress according to traditional gender expectations. Many of the new regulations are slated to apply off duty as well as on duty. Women must wear cosmetics “conservatively” which is to say there should be no “unnatural or exaggerated” appearance. Men are prohibited from wearing nail polish or other cosmetics and may have no visible body piercings. Wearing of earrings and ear gauging will also be prohibited. “Civilian clothes standards will be better defined,” which may include whether men can, for example, wear dresses. These are just selected examples, but the extension of control over appearance both to off-duty time and the concern with purely aesthetic items may put the Army in questionable legal ground with respect to gender roles and gender orientation.

These changes are implemented as part of a review by new Sergeant Major of the Army Raymond Chandler. To those who asked about personal freedom, the Sergeant Major replies:

“You chose to join the Army. The Army didn’t choose to join you,” later adding, “the Army says you are part of the same organization. We all generally look the same. And we do not want you to stand out from the rest of the Army.”

In truth, many of the proposed changes related more to enforcement. Some rules relating to the extent of tattoos (neck/hand) and exaggerated hair color have been in place but have not been well-enforced. The new focus will ensure that rules are equally applied to eliminate those who might take advantage of lax enforcement.

There are at least two positive proposed changes. When in office environments, many soldiers take their camouflage uniforms for commercial pressing to improve their appearance. The idea of heavy starch creases in a combat uniform is ironically considered to be both silly and expected. The new regulations would prohibit the practice. The second is related to carrying an umbrella. For years, women have been allowed to carry an umbrella, but men have not. The proposed changes rectify this odd gender imbalance allowing, for the first time, men to carry an umbrella when in their nicer dress uniform.

Some may question the focus on appearance more than combat power and functionality in the new Sergeant Major’s initiative to reform appearance standards. There should also be vigilance against the implications of these actions on an Army still struggling with acceptance of its gay and lesbian members. Reinforcing a professional appearance should not include institutionalizing traditional gender roles and expectations.

April 14, 2012
Richard Dawkins Will Be Honored for His 'Services to Humanism'
Next Post