The Bluewater school district near Toronto, Ontario has a decades-old tradition of handing out Gideon Bibles to 5th graders. Why this was allowed for so long, I don’t know, but the school board recently decided to put a stop to it, banning “distribution of all non-instructional religious materials.” 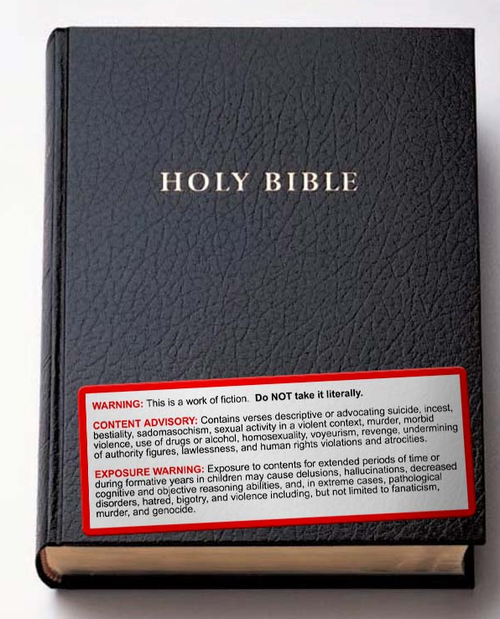 As you might expect, many of the Christians in the community were very understanding:

“When are you ‘politically correct’ idiots, with your heads buried in the sand, going to realize that every action you take to destroy Canadian heritage…?” one email began.

“Allowing newcomers to Canada the ability to walk all over our heritage has got to stop before they carry us into the realm of a warring nation like the one they often left behind,” another writer said.

Trustee Fran Morgan called the “onslaught” of messages “really disturbing,” and said it has made her uneasy about driving the 30 kilometres to board meetings at night by herself.

“I really do feel threatened by it,” Morgan said from Griersville, Ont. “It’s been very unpleasant.”

Board chairwoman, Jan Johnstone, admits the vitriolic responses — some urging trustees to “watch your back” — are unnerving.

“People do crazy things,” Johnstone said. “They see Christianity as a fundamental part of their Canadian identity.”

Another wrote one trustee: “How is that you agree with God’s 10 Commandments and yet you have broken them countless times, you hypocrite!”

Although one trustee received a phone call he thought was tantamount to a death threat, the board has so far not referred the matter to police, but a spokesman said the situation was being monitored.

The alternative is to allow *all* non-education religious material, but you know these same Christians would complain about that, too, the moment a Koran or Wiccan text was handed out to students.

The ban is set to become finalized on April 17th.

(Thanks to Dorothy for the link!)

April 9, 2012
Billy Graham's Daughter: I Would Not Vote for an Atheist to be President
Next Post