Justin Vacula, the guy who has been blocked from putting up the most inoffensive atheist bus ad in the world, has been trying to get a Secular Student Alliance group started at Marywood University (in Pennsylvania).

Marywood is a private Catholic university. But that shouldn’t really matter here. Many religious schools (like DePaul University, which I attended) promote diversity even if it goes against Catholic doctrine. Marywood even has an official LGBT-supporting student group called the Ally Club.

But the Secular Student Alliance? That group got rejected: 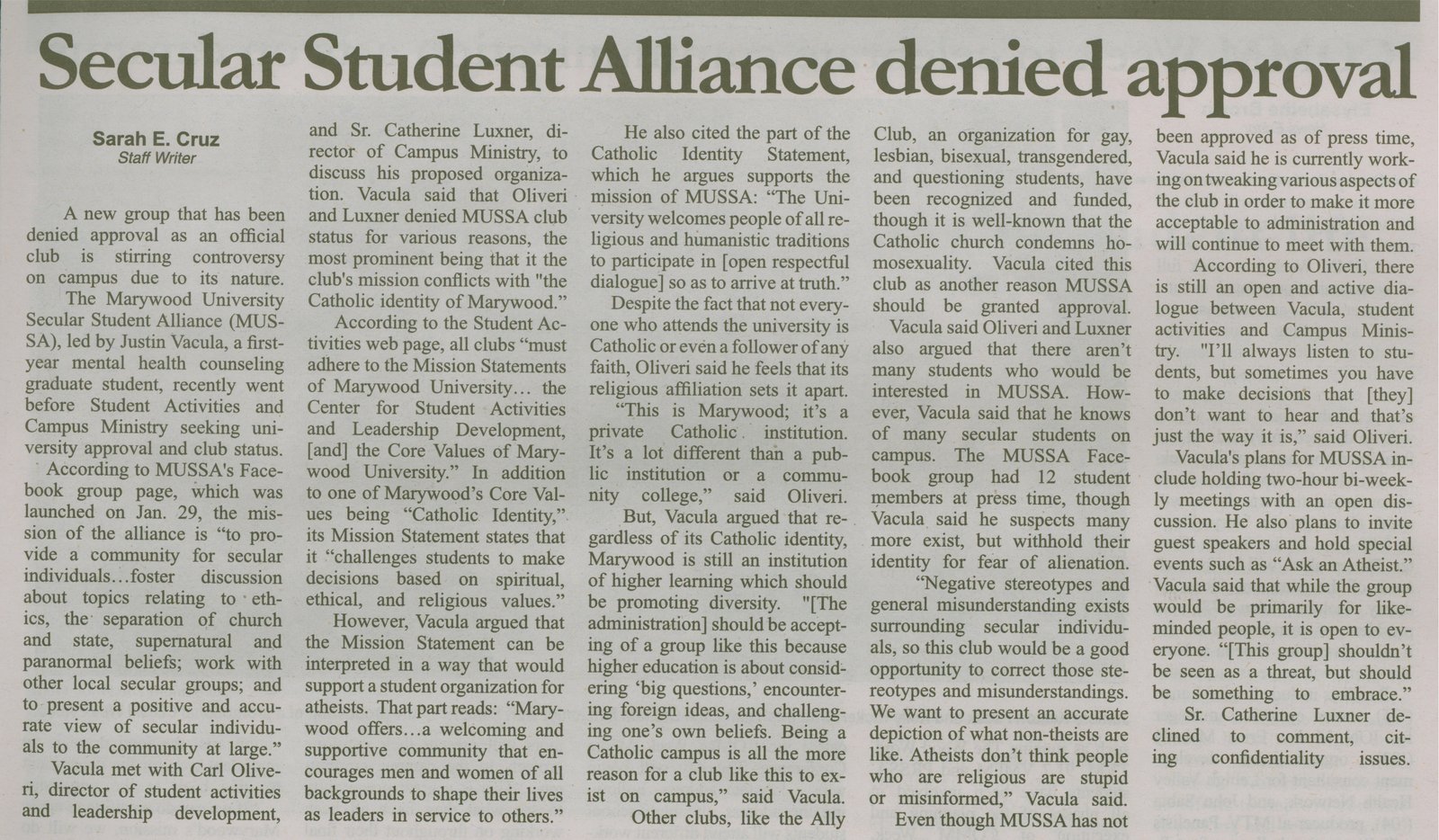 Vacula said that [director of student activities and leadership development Carl] Oliveri and [director of Campus Ministry Catherine] Luxner denied MUSSA club status for various reasons, the most prominent being that… the club’s mission conflicts with “the Catholic identity of Marywood.”

… Vacula argued that regardless of its Catholic identity, Marywood is still an institution of higher learning which should be promoting diversity. “[The administration] should be accepting of a group like this because higher education is about considering ‘big questions,’ encountering foreign ideas, and challenging one’s own beliefs. Being a Catholic campus is all the more reason for a club like this to exist on campus,” said Vacula.

According to Oliveri, there is still an open and active dialogue between Vacula, student activities and Campus Ministry. “I’ll always listen to students, but sometimes you have to make decisions that [they] don’t want to hear and that’s just the way it is,” said Oliveri.

It’s not like Justin wants to start a group that makes Pope effigies every week. He wants to promote open discussions about faith, hear from guest speakers on the topic of religion, and help eradicate the nasty stereotypes people have about the non-religious. Those are values every university ought to promote.

There’s no reason to say no to an atheist group even if it is a religious campus. Several religious schools have already approved the existence of atheist student groups.

One way you can help Justin is to join the Marywood University Secular Student Alliance group on Facebook — even better if you’re an MU student.