Sex & God: How Religion Distorts Sexuality: A Review and An Interview with Author Darrel Ray

The news has been at capacity lately with attacks on issues of sexual freedom, and this book by psychologist Dr. Darrel Ray could not be more important to us all.

Sex & God: How Religion Distorts Sexuality. The bold title and cover image of this book will supply you with endless entertainment from the odd glances you will receive; I made several people uncomfortable at Hobby Airport last month.

Religions of all kinds use our powerful sex drives to infect us with ideas that benefit the religion and hurt and inhibit our ability to be truly human.  Religion’s goal is to propagate religion.  Sex is one powerful method for achieving this.

Straight from the first page, this book flows naturally and Dr. Ray’s words come through as the voice of a good friend, explaining what your parents should have when they sat you down for the “big talk.”  This book systematically reveals the dangers of religious sexual programming, and guides you towards releasing these sexual shackles and live an ethical sex life, free from religious sanctions.

The chapters meander through the ills of religious influence on human sex and sexuality: from limiting our pleasure and shaming and controlling us, to creating unhealthy relationships with ourselves and others.  One point this book reinforces is that even if you are a secular person, religion is influential in your sex life.

At first, I was concerned that Sex & God would only be approached by secular people interested in the subject matter, but it seems palatable by a much wider audience and suitable for the secular and religious at a variety of life stages.  One feature of Darrel’s writing that I found quite useful was the inclusion of easy to process analogies, such as the following:

Religion tries to give us maps of sexuality that are no better than a 2,000-year-old map of my hometown.  In addition, each religion also tries to convince us that their map is never wrong or inaccurate.

Darrel’s extensive research on Sex and Secularism, referenced in this book, clearly shows that religion’s stranglehold on sex diminishes the quality of our lives.  If there was one message I took from Sex & God, it’s this: It’s due time to break free from religion’s grasp and embrace a healthy attitude towards sex and sexuality.  The control that religions have had our collective sex lives has lasted far too long and life is short.

You may think that these old scriptures mean little today, that nobody stones people for adultery or sells errant daughters into slavery, but millions of Jews and Christians actually read these Old Testament books and believe that their god dictated the words.  How can those words not have some impact?

Sex & God will help you begin a journey towards a satisfying secular sex life and help those around you develop one, too.

An expert in the field of psychology for over 30 years, Dr. Darrel Ray holds degrees in religion, Sociology/Anthropology, and psychology. His curiosity of religion’s ability to infect minds led him to write The God Virus and Sex & God. 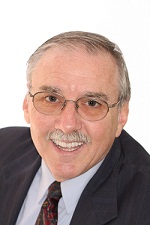 What advice would you give to people still struggling with religious residue in their sex lives?

There is no magic bullet, but changing your thinking about sex and sexuality is a good start. That is part of why I wrote Sex & God, to help people re-frame their thinking and reprogram themselves away from religious sexuality toward secular sexuality.

What is the most surprising response you have received to this book?

The number of people who have already written or pulled me aside to tell me how some part or other in the book really changed their view of their own sexuality. One lifelong atheist talked to me over coffee a few weeks ago; he went on for half an hour about how surprised he was to find so many religious ideas in his thinking. While he was never religious, he was raised in a religious family and had no idea how many things he had simply accepted without question from early training.

One woman wrote a very long email to tell me to say that she and her husband had two very long talks about the book that exposed a number of destructive religious ideas in their marriage. She actually thanked me for saving her marriage! These and many other responses, really are surprising.  I had no idea the book would have that kind of impact on people.

What is the most important message you would like readers to walk away with?

Examine your ideas about sexuality. Take a microscope to the things you have always believed. Look at ideas that may lurk just below your consciousness yet influence your behavior, body image, self esteem, etc. First and foremost, look at the “should’s” in your life. When I hear people saying, “I should this” or “I shouldn’t that” I hear religion talking — especially if it is related to sexuality.

Love yourself, love your body, its the only one you will ever have. Think about it, religion makes people feel guilty about normal behavior and desires. That has to have an effect on people.  It has to distort their view of themselves, their bodies, their relationships and much more. Being religious means believing you are never good enough; you are imperfect and in need of constant forgiveness, especially around sex.

What challenges did you face in bringing this book to fruition?

The biggest challenge was getting it just right. This is a huge subject on a very sensitive topic. I wanted to stay close to the science be careful to not to go places the science does not support. At the same time, the science is moving fast, so I wanted to make sure my conclusions were on solid ground and based on research that was not likely to change. Beyond that, the writing was a pure joy. This is my fourth book and who knows how many articles I have published. When I am writing a book, I write every day for a few hours. It becomes a part of almost every day. When the project is finished, I seem to go through withdrawal. Sex and God is a subject that has been near and dear to me for decades, so to write a complete work on the topic is a unique opportunity.

Do you expect to explore sex and sexuality in a future book?

I am just focusing on this book right now. I have no idea what I might write next — if anything. For me, writing a book is very organic and exhausting. I have ideas for months or years, then one day I start writing and a book appears! When I started writing The God Virus, I thought I was writing an article or two or three … I was writing a book before I knew it.  I am very fortunate to have two wonderful editors who have worked with me on my last three books. They keep things tight and focused when I go off on the details of the sex lives of 48 Amazonian tribes in Brazil — that got edited out — but it sure is interesting.

What are you working on now?

I am working on promoting the book which means doing a HUGE amount of travel and speaking.  As an author, I am fortunate that I enjoy speaking as much or more than writing. In the 6 weeks since the book came out I have given a dozen talks and have another 30 or so scheduled in the next 4-6 months. Next to sex itself, there is nothing like talking about sex to a group of people, hungry for new ways to think about their sexuality and anxious to eliminate religious sex from their lives.  It is incredibly gratifying.

If readers would like to read up on sexual freedom, are there any books you would recommend?

Yes, there are a number of great resources. First I would recommend Sex at Dawn, by [Christopher] Ryan and [Cacilda] Jethá.  I think it is the second best work on the subject.  I’ll let you guess what is the first best.  Next I would say, The Myth of Monogamy by [David] Barash and [Judith] Lipton; they really cracked the egg open on how humans and other species mate. Next, I recommend The Ethical Slut by [Dossie] Easton and [Janet] Hardy. Ironically, I think Robert Heinlein’s Stranger in a Strange Land, is one of the best books on human sexuality. I don’t read fiction much — especially science fiction — but around 1990 a friend of mine kept insisting that I read it. I finally did and have been grateful ever since. There are many books on sex and sexuality, but far too many of them have a spiritual or religious tone; there is plenty to learn and appreciate about our sexuality without throwing invisible forces and spirits.

April 1, 2012
'All About Vaccines' Charity Event to Take Place in Okanagan, British Columbia
Next Post

April 2, 2012 Will Atheists Ever Be Able to Organize Politically?
Browse Our Archives
What Are Your Thoughts?leave a comment