I Hope I Have Become More Arrogant March 30, 2012 Richard Wade

I Hope I Have Become More Arrogant

I just got back from my trip to attend the Reason Rally and the American Atheists National Convention. Someone who knows that I’m an atheist was curious about what the speakers said, and their very first question was, “Were they arrogant?”

Arrogant. Of the several tens of thousands of adjectives in the English language, I was being asked, yet again, about this one adjective that some atheists have earned once in a while, but which is far more frequently tacked onto their noun as if it’s a grammatical error to leave it off.

I felt, along with the sensation of blood pressure rising in my neck and ears, a rising surge of indignation, exasperation, and anger. Then, without deliberation or forethought my reply came flowing out of me, softly and slowly at first, then steadily rising in volume and velocity until it was loud and fast at the end:

But it wasn’t all deadly serious; much of it was simply great fun, and I really enjoyed seeing friends again, such as the dynamo known as Hemant: 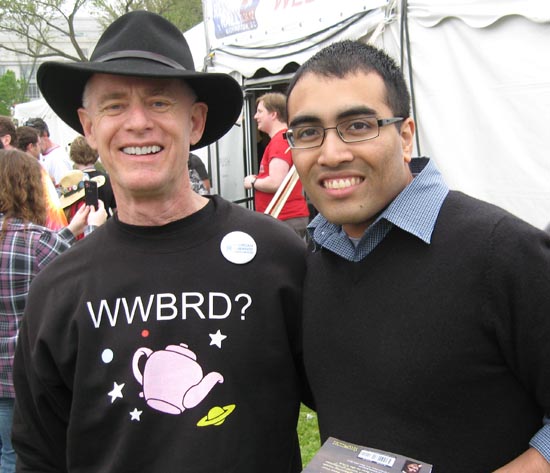 I shared a hotel room and had several adventures with my good friend Daniel Fincke, (left) author of the brilliant Camels With Hammers. The only thing that matches the depth of Dan’s mind is the warmth of his heart. We enjoyed the Rally and the post-Rally dinner with Ed Brayton, (right) who writes the very popular Dispatches from the Culture Wars. 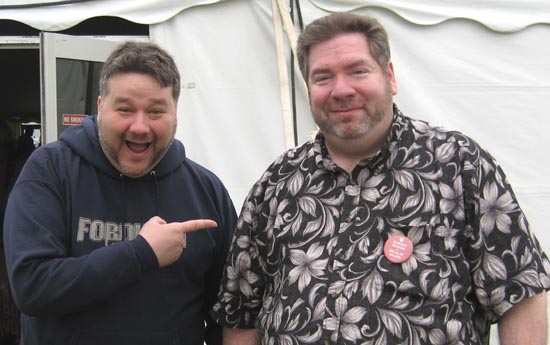 After meeting her in California last year, it was good to see the awesome Jen McCreight again, who writes the equally awesome Blag Hag: 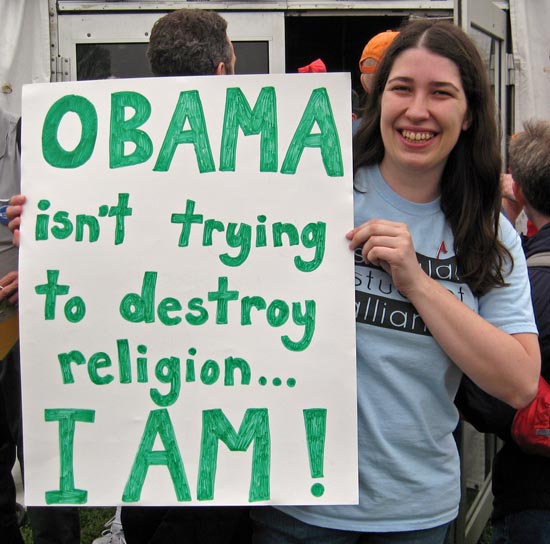 I got to meet the one and only PZ Myers, whose enormous readership at Pharyngula dominates much of the atheist blogosphere. He gave an excellent talk at the Convention about the incompatibility of science and religion. Hmmm. Shouldn’t he be wearing the black hat as the “bad atheist,” and I should have the white hat as the “good atheist”? 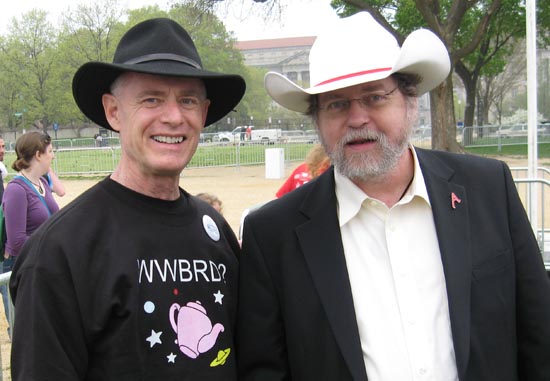 On Sunday and Monday at the American Atheists National Conference I met the legendary Greta Christina, who was, as she always is, very warm and gracious. Her speech was as incisive and insightful as is the incomparable Greta Christina’s Blog: 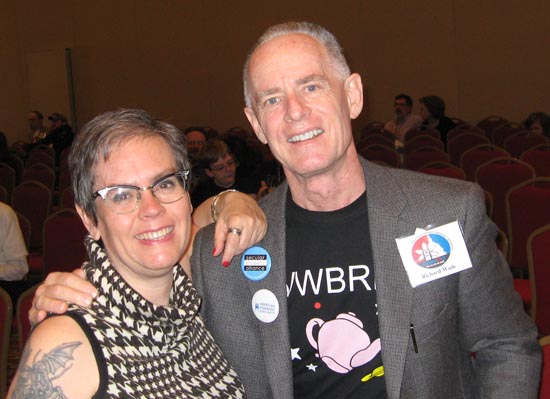 Finally, I was successful in finding Justin Vacula, who has taken up the challenge from my post, “Really, Really, Really Inoffensive Atheist Billboards,” and greatly improved on the idea by having an excellent bus ad designed with simply the word “Atheist.” on it. He submitted it to the publicly-funded bus company in his area, and they have refused to carry the ad. With the assistance of American Atheists, litigation is about to commence. You can read Justin’s well written installments about the ongoing controversy, which even includes threats to him by a bus driver, on Justin Vacula’s Blog. He and I enjoyed lunch together, and I was thoroughly impressed by his 100 mph mind, his broad interests, and of course his tenacity and courage. 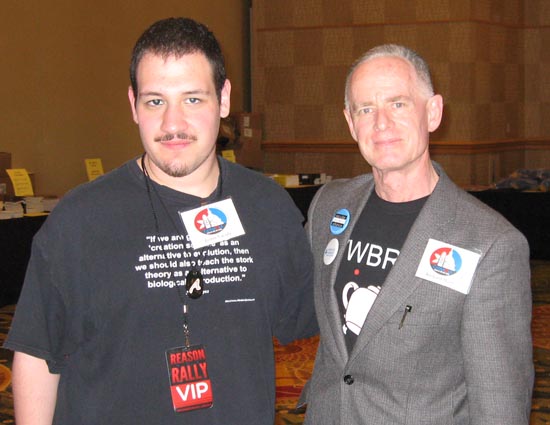 These are just a handful of the admirably “arrogant” people I had the privilege to meet and to hear. I hope that I can emulate just a small portion of their energy, their integrity, their determination, and their demanding, unrelenting compassion.

March 29, 2012
A Pseudoscience Fair with James Randi
Next Post