Revealed: One of the Mystery Guests at the Atheist Nexus Reason Rally Afterparty! March 20, 2012 Hemant Mehta

Revealed: One of the Mystery Guests at the Atheist Nexus Reason Rally Afterparty!

Atheist Nexus is hosting one of the Reason Rally afterparties at the Bethesda North Marriott and Convention Center on Saturday night. It’s free and starts at 8:30p.

There will be a debaptism ceremony at 8:00p for anyone who wants to partake in it, singer/songwriter Shelley Segal will perform starting at 9:00p, and there will also be some “mystery guests”…

Hmm… who might they be? Brother Richard, who oversees the site, gave me permission to reveal one of the names to all of you. When he told me who it was, my eyes lit up and I started to type “AHHHHHHHHHH!!!!!! OMG OMG OMG” before coming to my senses and just writing “I LOVE HIM!!!!!!!” (because that sounded less stalker-y).

Richard Hatch, the winner of the first Survivor, will be at the party! 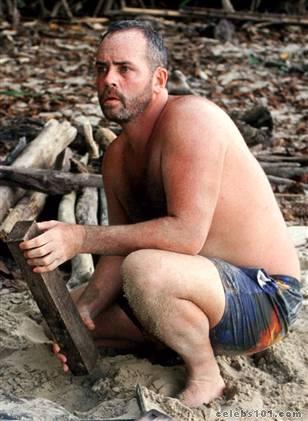 In case you didn’t know, I’m a Survivor fanatic. I auditioned when I was in college, sending in a video and everything. Didn’t get called back. (So sad…) Last summer, I met former contestant Yau-Man Chan at The Amazing Meeting and I was all, “Neil deGrasse Who?” When I graduated from high school, I was voted Most Likely to Get Kicked Off Survivor. You get the idea.

So… I’m excited. Just a bit. And I’ll be attending the Nexus party… at least, after the other dinner is over 🙂 The party will go till midnight. Or until I get a picture with Richard Hatch.