Atheists Clean Up After Christians… Literally

Last year in Polk County, Florida, a Christian group performed “road-anointings” on several streets in an effort to cleanse the city. It was all part of a campaign called “Polk Under Prayer.” 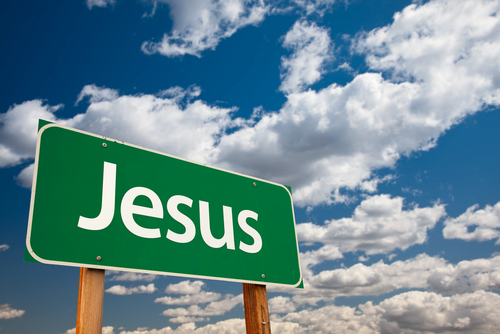 PUP stands for Polk Under Prayer. It’s objective is to place Holy Angels at all roads that lead into or out of Polk County. A strip of anointed oil has been placed over all lanes of highway at the county line and a prayer has been given at each location asking God to have angels inspect every vehicle that travels into or out of this county and to bring under conviction to those who seek evil and we asked God to bring them to a state of submission and repentance. If they will not submit to God’s way of living, then the prayer is to have them incarcerated or removed from the county. We pray salvation for each person and the full knowledge of Jesus Christ as Savior. We are asking God to make His presence known when each person crosses this annointed line.

So if you don’t repent, then go to jail or leave the county?!

Whether the Christians thought so or not, it was only a symbolic gesture — not one that had any effect other than making the roads temporarily slicker and more dangerous — so today, several atheists are symbolically undoing their work.

The Humanists of Florida are rallying on CR 98 around 2:30pm to mop the road of any anointing oil that may be left over a year later.

“To symbolically welcome everyone, all citizens, whether they believe or don’t believe,” [Atheist of Florida member Rob] Curry said. “We’re not doing anything to harm anyone. No gods will be harmed in the washing of the roads.”

They plan to bring mops, spring water, and soap…

The atheists call it a fun poke at an anointing they believe never really had any power, anyway.

“I don’t think we’re acknowledging the anointing any more than we’d be acknowledging magic by going to see the Wonderful World of Harry Potter,” Curry laughed.

There’s obviously no oil left on the ground, but it’s not a bad way to drum up publicity for your group while simultaneously bringing attention to the fact that anyone who sincerely believes you can “anoint” the roads needs to get their head checked.

It’s kind of like debaptisms. They don’t actually do anything, but they’re meaningful to the people who had to deal with the “real thing” in the first place. For the Atheists of Florida who dealt with Polk Under Prayer last year, this is one way to counteract the Christians’ silly ritual.

March 16, 2012
The Muslims Aren't Offended by the Atheist Billboard, but the Jews Are?!
Next Post