The Most Inoffensive Atheist Bus Ad Ever… Rejected!

A few weeks ago, I mentioned how atheist Justin Vacula was planning to put up this ad on buses in the County of Lackawanna Transit System (COLTS) in Pennsylvania:

That ad was inspired by our own Richard Wade.

The goal was to see how offended religious people would get by a billboard that’s so obviously inoffensive.

Looks like we found the answer to the experiment. The ad is apparently so offensive, they rejected it outright!

Jim Smith, the advertising contact at COLTS, said that the reason for refusal — appealing to the very questionable and vague advertising policy of COLTS — was that COLTS does not accept ads which could be deemed controversial or otherwise spark public debate.

So either that ad is controversial… or it’s going to spark a discussion and COLTS wants no part of that. Frankly, I don’t know what discussion it would even spark since no statement is being made… but keep in mind this is the same transit system that runs “God Bless America” on its bus tickers. 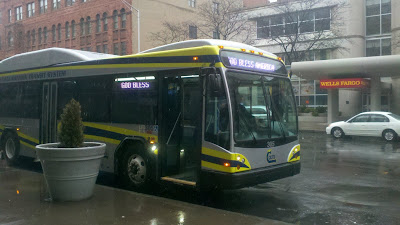 American Atheists has already sent COLTS a letter asking them to allow the ads to run. If they still say no, a lawsuit may be forthcoming.