The Atheists for Science and Reason are now an officially recognized group on the Ball State University campus and, for their first act, they set up shop for Darwin Day, answering questions and handing out Darwin-y valentines! 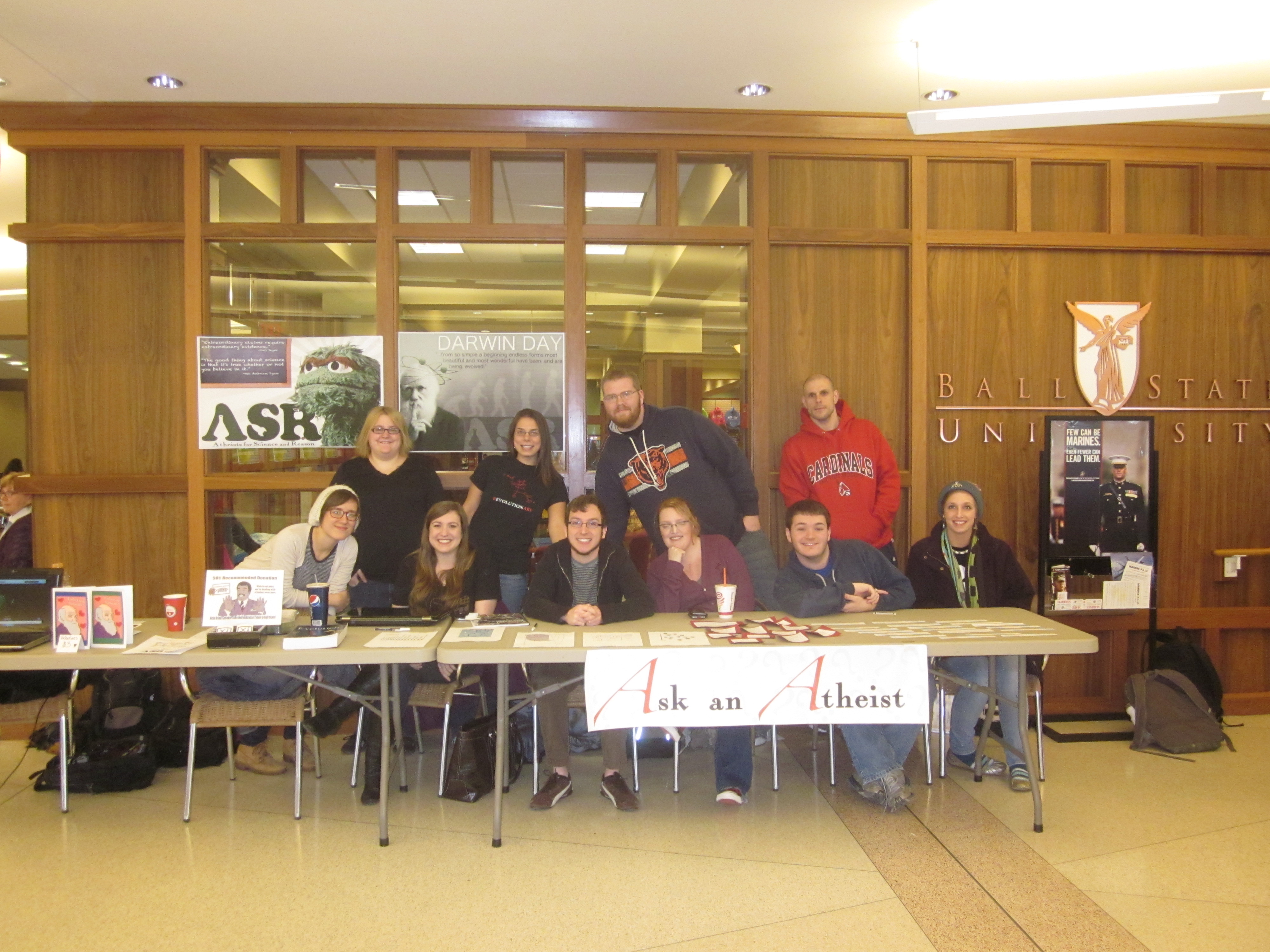 The one-month-old group sat in the Atrium for seven hours on Monday, turning two folding tables into a one-stop shop for anyone with questions about atheism or evolution. Resources available to passing students included informative CDs called Darwin discs, fliers, links to websites and the group’s own Ask an Atheist forum.

Wes Jurica, a sophomore computer science major and the acting president for the organization, said one of the main goals of the group is to get rid of misconceptions people have about atheism.

“It’s a statement about whether or not there is a god,” he said. “It’s just one thing. It’s not a way of life. It’s not a world view. It’s just this one question.”

They also have a Facebook page and an awesome logo 🙂 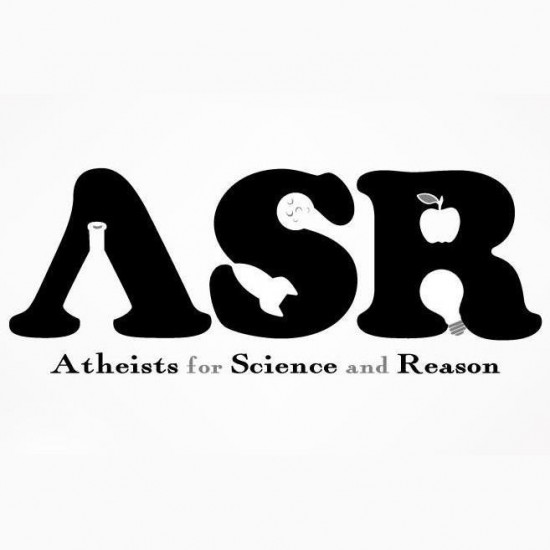 If you’re on campus, go to a meeting and surround yourselves with awesome heathens!

February 18, 2012 He Gave Up His Life for You...
Browse Our Archives
What Are Your Thoughts?leave a comment