On Thursday, the Cranston School District Will Decide Whether or Not to Appeal Judge’s Ruling February 14, 2012 Hemant Mehta

On Thursday, the Cranston School District Will Decide Whether or Not to Appeal Judge’s Ruling

Because a judge ruled that the Cranston High School West prayer banner was a Constitutional violation, it is currently covered up, waiting to be removed: 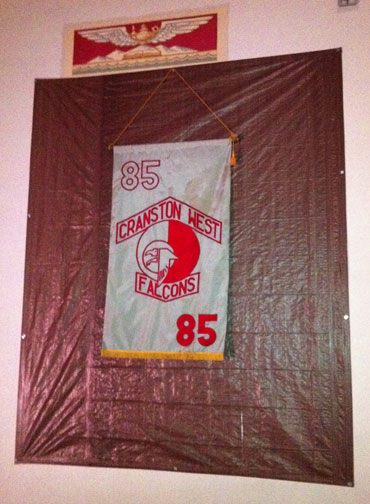 On Thursday night, there is a committee meeting at Cranston High School East during which it will be decided whether or not the district will appeal the judge’s ruling.

If the committee members were smart, they would just accept the ruling and take the banner down.

But this committee isn’t known for being very rational…

If you’re in the area, please consider attending and showing your support. Not only will Jessica Ahlquist be there, Dr. Ellery Schempp (whose lawsuit helped take mandatory prayers out of public schools) will join her, as will the pro-church/state separation Rhode Island State Council of Churches. 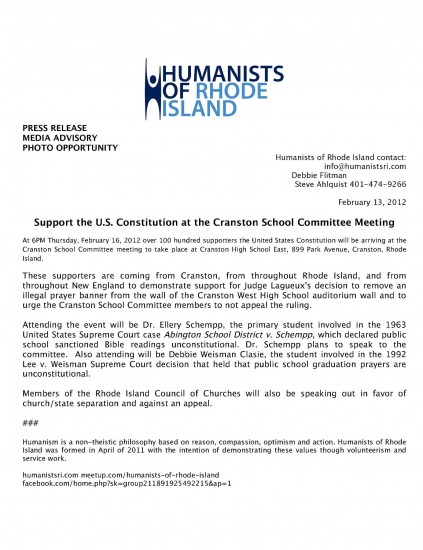 February 14, 2012
Kissing: Did Christians Advance or Hinder It?
Next Post